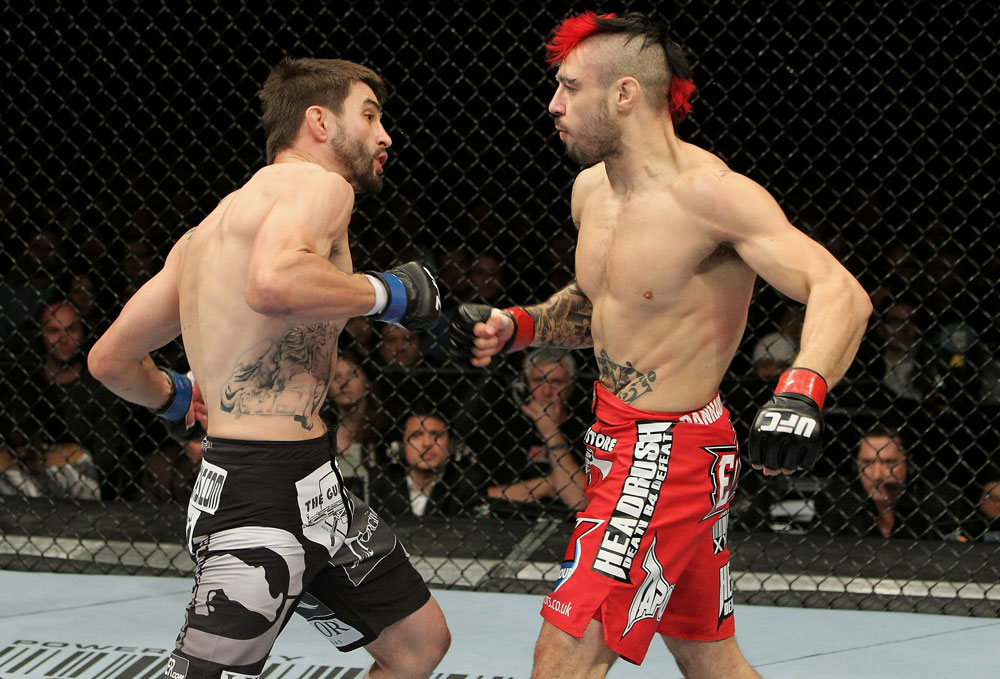 UFC fighter turned commentator wants to fight his former opponent Carlos Condit after their first bout which took place a decade ago. 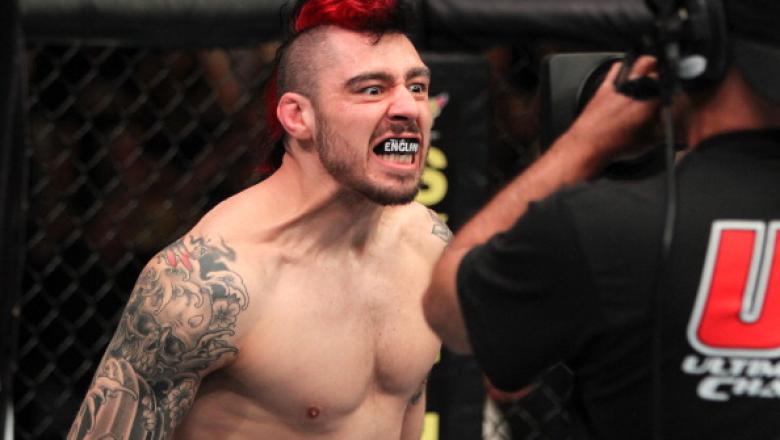 Former UFC Welterweight title challenger Dan Hardy has only been knocked out once in his entire MMA career, which came at the hands of Carlos Condit way back in 2010, and now Hardy has decided to avenge that loss. Dan Hardy made the transition from UFC fighter to UFC commentator shortly after he was diagnosed with White Syndrome, a rare condition that causes an irregular heartbeat due to extra electrical activity in the heart in 2013.

But the former UFC welterweight title challenger, who fought Georges St-Pierre to a decision at UFC 111 back in 2010, has always been open to making a comeback to fight business.

Hardy hasn’t been in any talks with the UFC but after watching Carlos Condit’s victory over Court McGee at UFC on ESPN 16 this past weekend, he admitted that he would love to run things back with ‘The Natural Born Killer’ to avenge his only knockout loss.

“Yeah, of course. He looked great the other night and that’s really what I wanted to see from him because I genuinely do believe that he’s up there with the Nick Diaz, (Jorge) Masvidal kind of guys in this division. He’s a lethal individual, he’s a Natural Born Killer,” said to the media before UFC Fight Island 5. “He’s a great striker, he’s very unorthodox, and he’s back in a place psychologically, as well as physically, where he looks like he can have some good fights. Who would not want payback for the only person that knocked them out? Absolutely.”

Condit beat McGee to snap a five-fight losing skid and immediately called for a rebooking with Matt ‘The Immortal’ Brown at the UFC on ESPN 16 post-fight media scrum. Hardy hasn’t fought since his decision win over TUF 7 winner Amir Sadollah at UFC on Fuel 5 in 2012. Hardy was impressed with Condit’s performance on Saturday and says it would be an honor to share the cage with him again. Despite not having the best run over the past five years, Condit looked like his old self in his win over Court McGee, according to Hardy. And he quickly reminded everyone of the old Condit who once wore UFC gold.

While Hardy is retired and now works as a commentator for UFC, seeing Condit return to the win column after five years at UFC Fight Island 4 got his fire burning again. That’s why he would not turn down the chance to rematch “The Natural Born Killer” to get revenge. Condit after the win also showed interest in Fighting Matt Brown who called him out that night. Condit also said he’ll love to welcome Nick Diaz to the Octagon and would love to rematch him.

Who do you guys want to see Carlos Condit fight next? Hardy? or Diaz? or Brown?