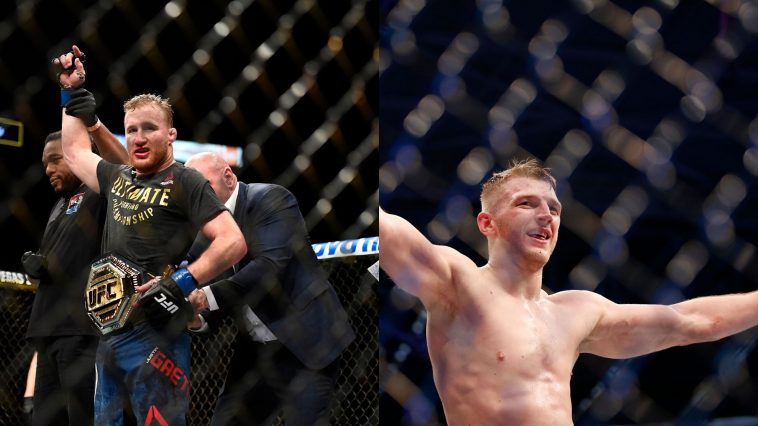 Dan ‘Hangman’ Hooker has expresses his interest in fighting Justin Gaethje next. 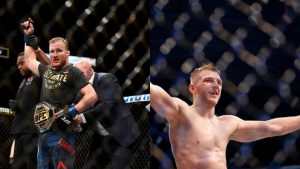 Hooker is one of the most promising Lightweights that is up and coming in the UFC. He has a record of 20-9, but has lately shown a lot of improvement in his performances. Having wins over Gilbert Burns, James Vick, Paul Felder, Hooker is currently in the top 5 of the most interesting division in the UFC. Although he is coming off a loss against Dustin Poirier, he showed tremendous heart and skills in that fight. The fight went the full distance and both fighters got into a slugfest by the end of the 5th round.

Dustin took the decision win but Dan Hooker made a statement that day, and made his presence felt in the lightweight division. While it is uncertain who he will be fighting next, he has taken to twitter to express his interest in fighting Justin Gaethje.

I would love the chance to compete against Justin, nothing but respect. 🙏 https://t.co/GLLGcplO12

“I would love the chance to compete against Justin, nothing but respect,” Hooker tweeted.

Justin Gaethje is also coming off a loss against Khabib Nurmagomedov at UFC 254. The highlight shocked everyone when he fought Tony Ferguson and went five rounds with him. The fight ended in the last round, and Tony Ferguson was left bleeding after being outstriked by Justin Gaethje. While Justin fully deserved the next shot to the title, he fell prey to Khabib’s strategy which has always been the same- to take the opponent on the ground against the fence, and pound!

Since both fighters are at the top of the division and are coming off of losses, this fight does make sense. Justin Gaethje also said he was ready for a quick turnaround, while Dan Hooker has also been eagerly weighting for an opponent.

What other options does Dan Hooker have?

Hooker made his last Octagon appearance in June this year and hasn’t fought since then. Khabib claims to have retired, and Conor, Dustin, Tony and Charles Oliveira already have opponents for their next fights. This makes the case stronger for a Dan vs Justin Gaethje fight.