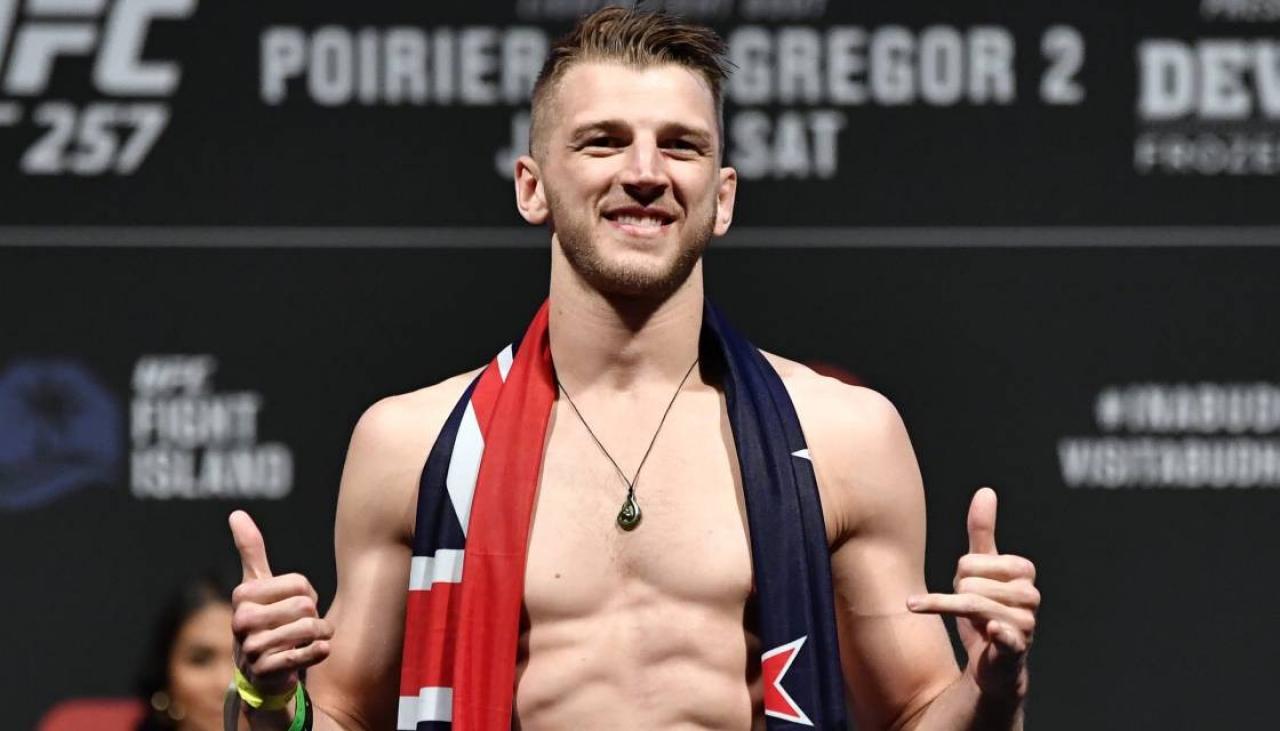 Dan Hooker is on the verge of having his UFC 266 appearance cancelled and is aiming to seek the assistance of Kevin Covert, the US Ambassador to New Zealand to save his fight.

The 31-year-old lightweight, who hails from Auckland, is slated to face off against Nasrat Haqparast of Germany on the prelims of UFC 266 on 25th September at the T-Mobile Arena in Las Vegas.

Unfortunately, Hooker recently became aware that his travel visa to the US is being delayed and won’t be ready within this week as a result of the lockdown, essentially putting his fight against Haqparast in jeopardy.

Hooker seeks assistance from US Ambassador to allow his visa

As his next fight hangs in uncertain territories, the acting US Ambassador to New Zealand Kevin Covert has become the only hope for ‘The Hangman’ to save his flight to Las Vegas next week.

On Thursday, Hooker took to his official Twitter handle to reach out to Covert and also confirmed that his passport and other documents have also been sent to the embassy.

“@USAmbNZ Hi Kevin, apologies for messaging on here but it’s a last resort. My visa is with the US embassy here in NZ as I fight next week in Las Vegas on #UFC266 Update today is it won’t be approved until next week due to lock down which will cancel my fight. Please help,” Hooker tweeted.

“The embassy has my passport and all the completed documentation, all I need is it to be processed and returned. This is an absolute last resort,” he added.

The embassy has my passport and all the completed documentation, all I need is it to be processed and returned.

This is an absolute last resort. 🙏🤞

Hooker (20–10) is on a two fight losing streak in the Octagon and was last seen in action against Michael Chandler earlier this year at UFC 257 back in January, when he lost to the former Bellator champion via first round TKO.

Prior to Chandler, Hooker was defeated by Dustin Poirier as well at UFC Vegas 4 in June last year, on the heels of a three back to back wins against James Vick, Al Iaquinta and Paul Felder.

On the other hand, Haqparast (13–3) is coming off of two straight victories against Alexander Muñoz and Rafa García, the latter which remains his latest UFC appearance at UFC Vegas 21 in March this year.