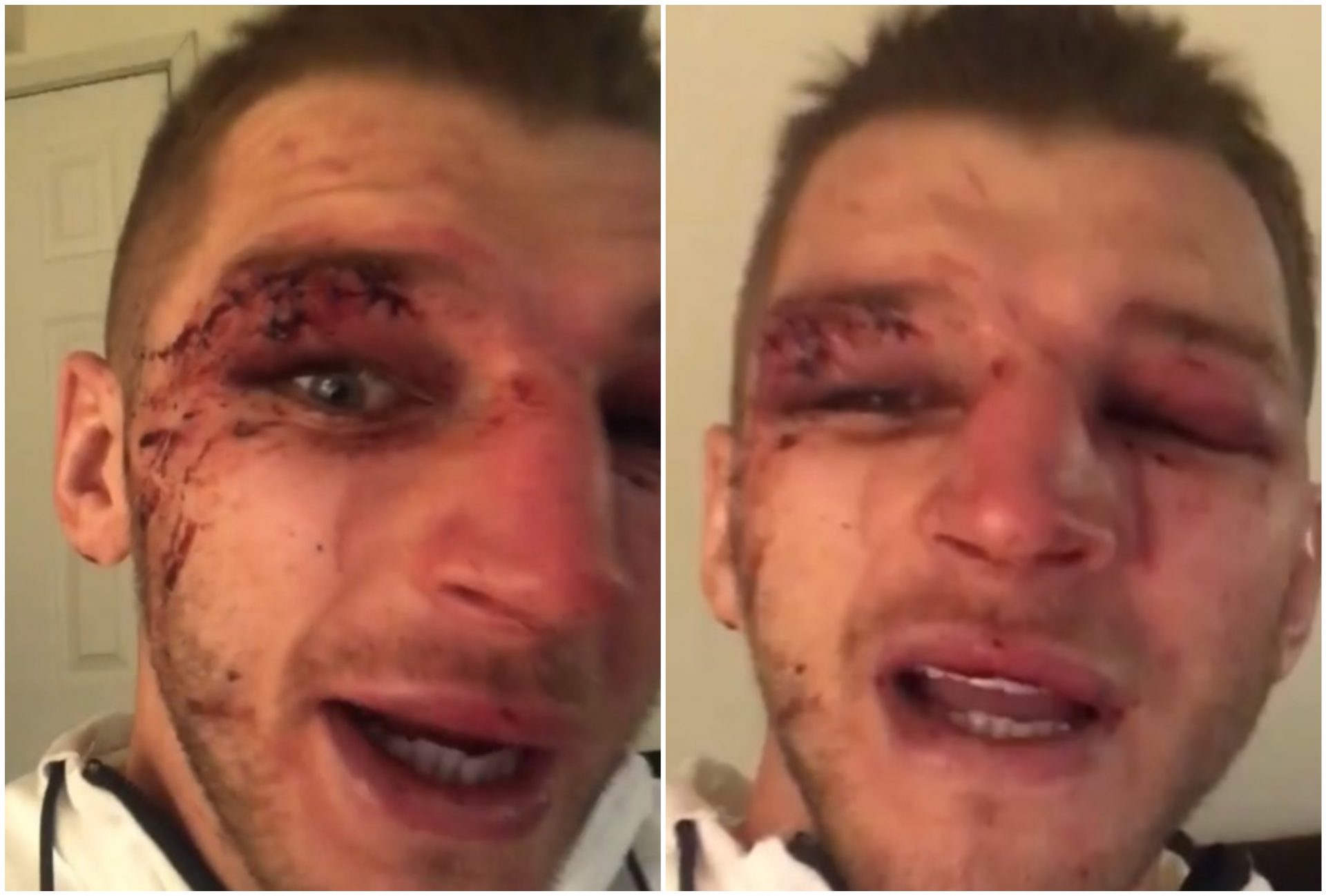 Dan Hooker and former UFC interim lightweight champion Dustin Poirier produced a tremendous back and forth action last week at UFC on ESPN 12 at the Apex Center.

After an intense five-round fight, that saw the face of both fighters swollen to the core, Dustin Poirier knocked the fight in his favour via a unanimous decision (48-47, 48-47, 48-46).

This fight will go down in the history books as one of the best fights in the UFC. 2020 has delivered in terms of exciting fights. At UFC 248 earlier this year, Weili Zhang and Joanna Jędrzejczyk matched the similar intensity to that of Hooker vs Poirier. 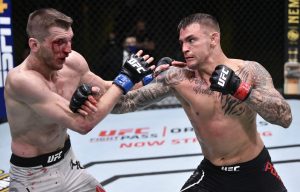 Dan Hooker started the fight great and utilised his leg kicks and combinations. Poirier kept applying pressure, but Hooker was utilising his lateral movement well and getting in and out of Poirier’s range with his kicks and punches. By the end of round 2, Dan Hooker had the edge as far as stats are concerned. Through round 2, Hooker had a 99-74 lead in total strikes.


However, Poirier started making his comeback from the third round, hitting Hooker with hard combinations and elbows. He was fighting well on the inside and his accuracy was terrific as every shot of his was causing damage. From combinations to looping punches and takedown and submission attempts, Dustin Poirier was showing that he was the smarter and the better fighter.

By the end of the fifth round, Poirier landed 208 strikes to Dan Hooker’s 182. However, Hooker had a slight edge as far as the significant strikes are concerned as Hooker knocked it 155 to 153.

The 390 total strikes landed were the most in a lightweight fight in UFC history, and the fifth-most overall across all weight classes.

After the fight, neither fighters were available for post-fight interviews as they were transported to the hospital. He had a message for his fans after being released by the hospital and offered no excuses for his loss.

“I got checked out at the hospital. Everything’s all good—just a couple stitches on the eye. But that’s the game we play. No worries, it’s just a small setback and I’ll be back,” Dan Hooker said.

Dustin Poirier will fight by the end of the year

This was Dustin Poirier’s longest layoff in his career as he was making his ring return after nine long months. However, following the thrilling fight against Dan Hooker, he made it clear that he will be returning to the action by the end of the year.

“It was a tough one, man,” Poirier said. “He’s a tough guy. He’s on the rise. He really thought that he was going to get past me. He talked a lot of trash like he was going to move forward and fight the champ. But I’m the fucking champ. This is what I do. I love this. I put all the work in and I trusted in my team and my skill and my work ethic and came in here, pulled another one out. And I had a few more rounds left in me.”

“Maybe I’ll fight at the end of the year. Maybe I’ll fight next year,” Dustin Poirier said. “I don’t know. I just want to go home to my daughter. I’m a winner, man. And it was a long time off, the longest break of my career in 40 fights. Had to take nine months off and sit on the sidelines. Couldn’t put weight on my leg for eight weeks. Had to overcome some stuff, man. And now that I’m a victor again, I want to get back to the drawing board, keep getting better.” (H/T – The Athletic)