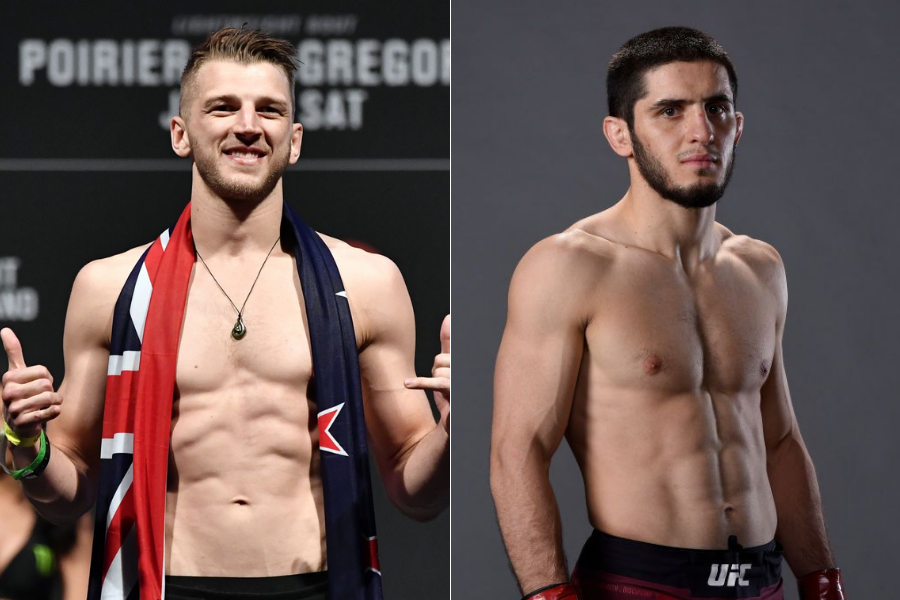 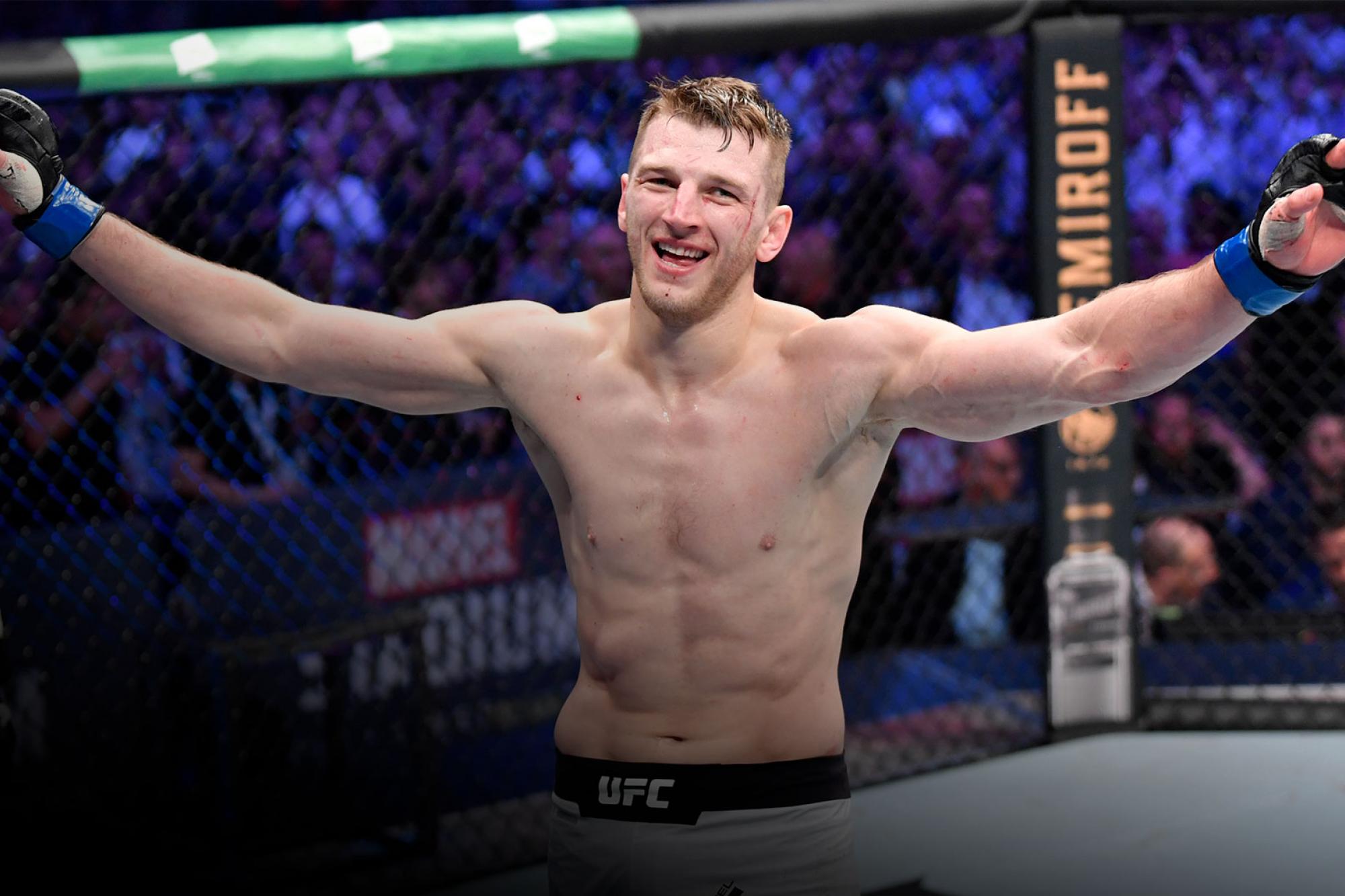 Islam Makhachev completely dominated Thiago Moises in the UFC Fight Night main event Saturday in Las Vegas. The fight was pretty competitive in the early rounds but after the second round, Islam started to dominate Thiago in every aspect of the fight. He then secured a rear naked choke and got the submission victory in the fourth round of the fight.

This was Makhachev’s first UFC main event and his first time going past the third round in about. It was the first submission loss of Moises’ career. 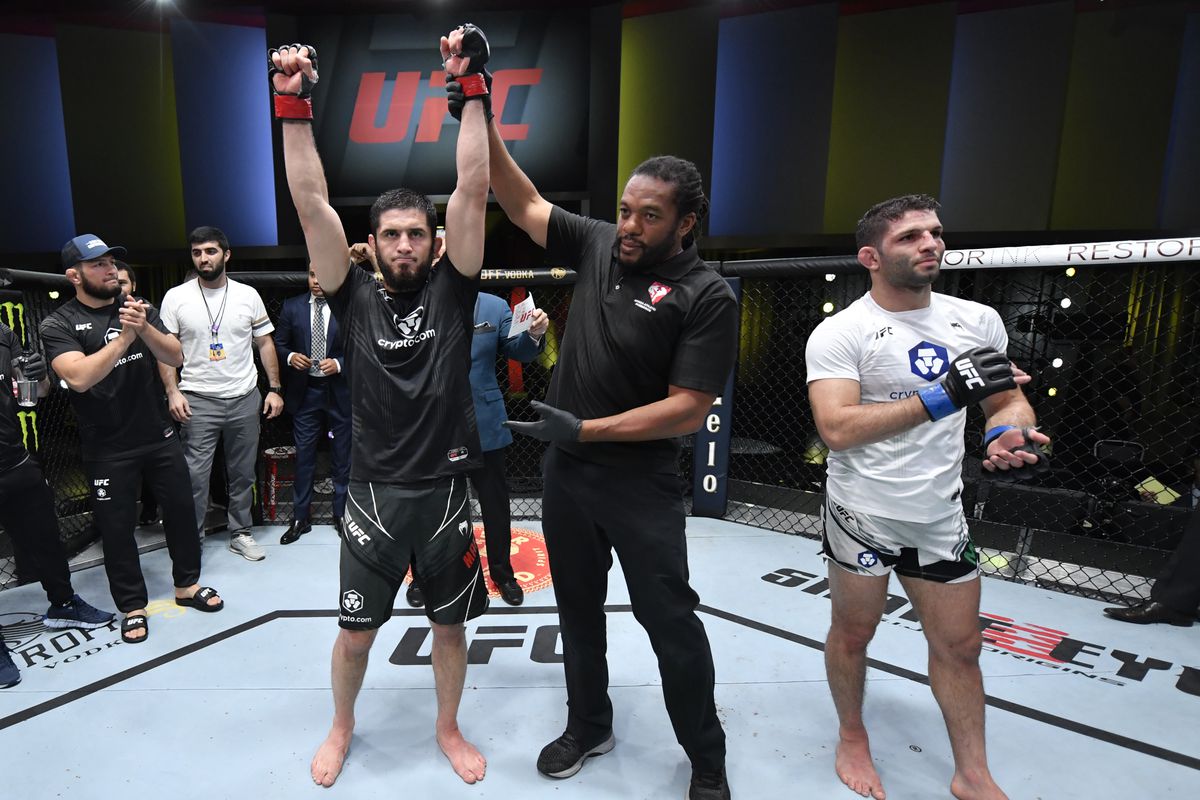 “Why all these guys run?” Makhachev said in his postfight interview. “Nobody want to take this fight. Please give me an answer.”

Islam Makhchev is always in search of a new challenge and one of his new rivals is Dan Hooker. Islam in an interview said that he wouldn’t fight Dan as he is 3-3 in last fights in the UFC and he wants to fight someone who is on a winning streak. The duo went back and forth on social media.

“I kind of was watching and on fast forward,” Hooker told “Submission Radio.” “I got bored. So, I can’t really… like, yeah. It kind of is what it is.”

“I started chiming in and having a go because (Paul) Felder said it when he retired,” Hooker said. “He’s like, ‘Oh man, I’m sick of these guys saying I’m a chicken, saying I’m things.’ I had to put up with the same thing. Coming into the main event of UFC Auckland, and I knew Felder was going to be the fight, and then Islam starts chiming in. So, I started having a bit of banter with him, saying that I would have to give away tickets to the event in the car park of Pak’nSave if I got booked with Islam Makhachev.

So, I can’t say I regret not going out of my way to fight Islam, to put on a five-round war in my hometown with Paul Felder, and if it would’ve been anything like he performed in his main event, that’s not the style of fight that the Kiwi fans want to see. They want to see two blokes go out there and really challenge themselves and see who’s better.

“Yeah, like I said, I kind of got bored watching his main event in fast forward, so,I couldn’t imagine watching the damn thing live in my hometown. I think there would have been a bloody riot after the fight. And then after that one, DC says, ‘Oh yeah, that fight makes sense.’ I already caught wind that I was going to fight Dustin Poirier. So, he’s gonna say that I avoided fighting Islam Makhachev for the easy option of Dustin Poirier? I think if you said that you’d be insane. So, it is what it is. I had to put up with the chicken talk when the fight didn’t make sense for me, now the fight doesn’t make sense for him. Give him a little nudge in the ribs.”

He continued, “He’s on a good streak at the moment, but I believe he’s been knocked out in the UFC before. So then him copying Khabib’s homework and saying all this wild stuff when you’ve been laid flat in the octagon, it doesn’t really have the same ring to it as an undefeated fighter.”

What do you guys think of a fight between Dan Hooker and Islam Makhachev?