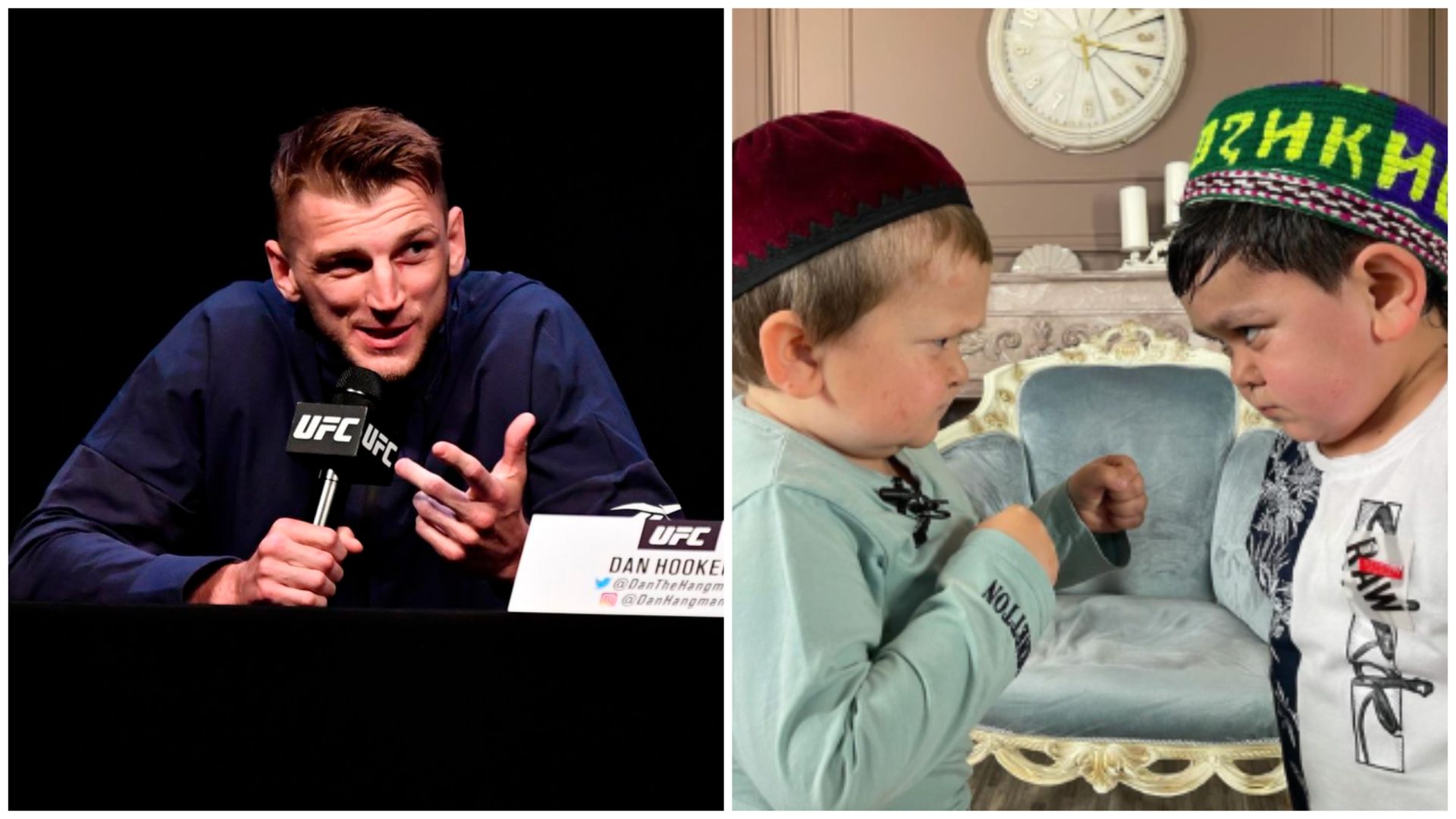 Hasbulla Magomedov vs Abdu Rozik- one of the most anticipated fights in the history of combat sports had its super hyped buildup for months, but to the heartbreak of millions of fans, the fight never took place. It followed up with both teenagers sticking to their regular online theatrics that kept their fanbases engaged. However, as UFC 267 is approaching, there is a new twist to the tale.

To see his fellow Dagestani Islam Makhachev in action against Dan Hooker at UFC 267, Hasbulla made a surprising announcement that he will be gracing Abu Dhabi with his presence on 30th October, rooting for Islam from cageside. Reacting to the news of Hasbulla’s arrival, Dan Hooker revealed that he has taken the side of his arch-nemesis Abdu, saying that he is training the Kazakhstani rapper.

“Who’s the other bloke? Who’s the guy on my team? Abdu! Abdu’s on my team,” said Hooker in a press conference ahead of UFC 267, “I’ve got a horse in the race now. I’m training my boy Abdu, no word of a lie.” [H/T SPORTbible]

In the wake of Hooker’s statement, Hasbulla came forward and gave a fair warning to the ‘Hangman’, while saying that the fight will see Islam coming out victorious. However, ‘Mini Khabib’ also added that he will be smashing Hooker’s boy Abdu Rozik!

“My brother Islam Makhachev will smash you and I will smash your boy Abdu,” this was Hasbulla’s chilling message towards Hooker just days ago.

Hasbulla vs Abdu Rozik: The superfight that was once dropped, may be on the works again

Now, all of this hint towards a possible replanning of the much anticipated fight that never became a reality- Hasbulla vs Abdu. There were already negative feedbacks from the start, with the Dwarf Athletic Association of Russia stepping in with their opinions against the fight taking place.

“It’s not even like a show fight — they get paid a lot of money and it’s a show to make people laugh,” the Chief of Russia’s Dwarf Athletic Association Uliana Podpalnaya told Gazeta.ru, “this is unethical, wrong, from my point of view. It seems to be that only on the one hand it can be correct and beautiful — if martial arts among small people are made a Paralympic sport.“

On top of that, several reports had surfaced in July that Hasbulla reportedly demanded 20 million rubles ($268k) from the fight, more than double of the $95k he was offered initially, and the Makhachkala-born superstar’s parents barred him from taking part in the bout. Meanwhile, Rozik was ready to fight without getting paid a single penny.

Do you think Hasbulla vs Abdu Rozik will finally take place? Let us know in the comments.