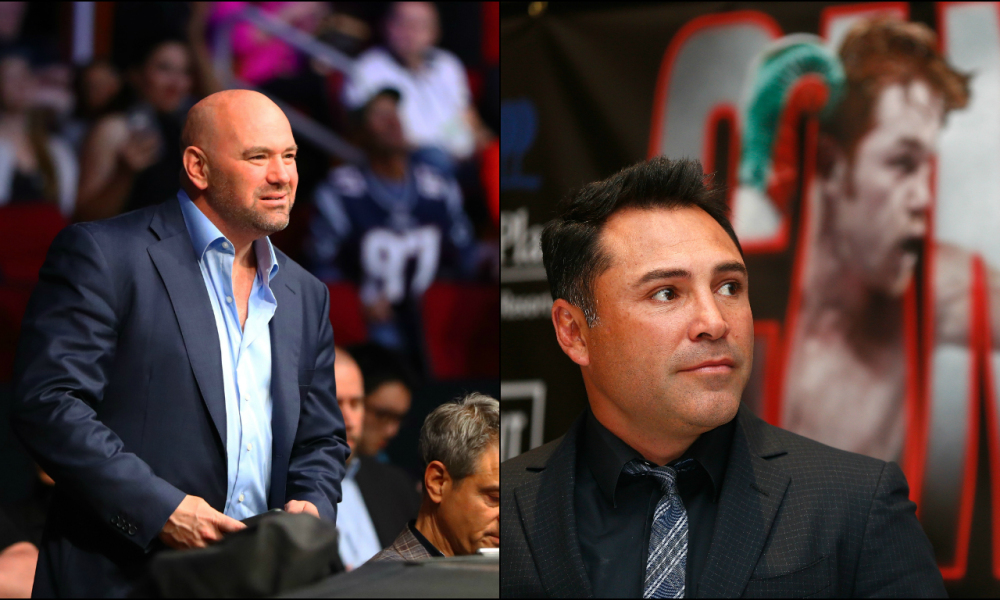 This fight was a trilogy promoted by Golden Boy’s Oscar De La Hoya of Chuck and Tito’s classic fights which took place back in 2004 and 2006. Both of which were won by Chuck Liddell. Boxing legend Oscar received massive criticism from fans around the world. 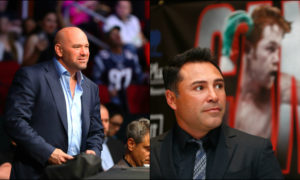 Although Oscar criticized Dana White for not paying his fighters enough, it seemed to have backfired as Dana White appeared on ESPN’s First take and batters Oscar for lying on national television.

“The guy wants to act like he’s my competitor [promoting MMA],” White told ESPN. “I have a real business that I’ve built over the last 18 years. A real business and I can hit you with numbers for days about [how successful it is]. How much has Oscar De La Hoya reinvested into the sport of boxing? We’ve reinvested millions and millions of dollars and we continue to do it every day. The list goes on and on.

“The guy wants to come out and tell lies and say things that make no sense when he doesn’t know what he’s talking about. He knows nothing about this sport. He doesn’t know the [expletive] guys’ names who are fighting on his card. He’s a liar. He’s a phoney and God helps anybody who wants to go fight for Golden Boy. These fighters are grown, men and women. All they have to do is take one meeting with Oscar De La Hoya and they’ll see what he knows about MMA, which is absolutely [expletive] nothing.”

Dana White left no stone unturned to criticize Oscar at any moment throughout the show.

“First of all, what I said [was] not about [White] personally,” De La Hoya said on “First Take” on Tuesday. “[It was] just about the business [and] about how fighters are coming up to me and saying, ‘Look, we don’t get paid enough. The UFC just sold for $4 billion, we’re here struggling trying to make ends meet [and] fighting in a world title fight that does a million homes and I only get paid $50,000.’”

Among the figures White cited:

What do you guys think about this latest feud between Dana White and Oscar De La Hoya, is it going to end anytime soon?