Dana White all praise for Chael Sonnen after retirement 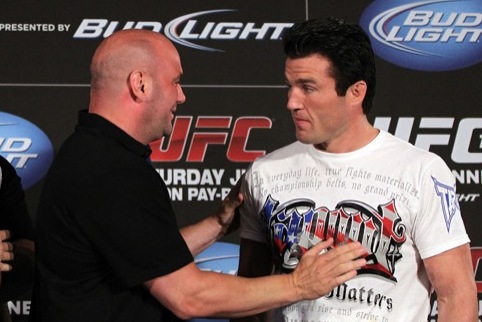 Chael Sonnen announced his retirement shortly after his fight with Lyoto Machida. Sonnen was beaten by Machida via TKO and it was the last fight of Sonnen’s career.

The 42-year-old ended his career thus under the Bellator banner, although his time in the UFC is well-known.

“I like Chael a lot. I have a very good relationship with Chael,” White told Sirius XM last Wednesday. “I like the fact that this is the hardest place in the world to stay and make a living here. It’s a very hard place.

“I don’t think Chael was necessarily a bad guy. Before Conor McGregor, Chael was the best guy out there who knew how to push buttons and not only knew how to piss off other fighters but also piss off the fans and do things like that,” White said.

“I think he was very calculated and very smart in how he conducted himself in this business.”

Previous article
Friday Fighter of the Week: Gurdarshan Mangat
Next article
Eddie Alvarez on why he ‘subconsciously loses’ his debut fights