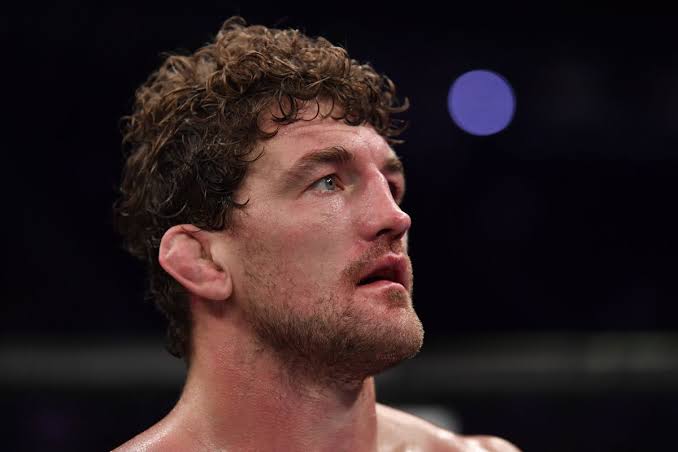 A year ago UFC carried out a revolutionary and shocking move in the history of the sport as they traded former flyweight champion Demetrious Johnson for former Bellator and ONE FC welterweight champion Ben ‘Funky’ Askren.

Askren in his three fights under the UFC banner, holds a lackluster record of 1-2 including the wrong side of the fastest knockout of the sport and his only win being sort of controversial. That being said, after Askren’s recent loss against Demian Maia this weekend, fans were exasperatingly claiming it to be the worst trade in the history of the sport. UFC President Dana White however disagrees, but related to a business standpoint. 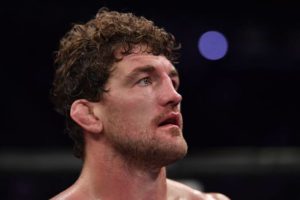 A fan claimed that due to UFC signing Askren led to the fastest knockout in the sport by Jorge Masvidal and eventually UFC ended up getting a needle mover of a fight between Masvidal and Nate Diaz at UFC 244. Thus hypothetically him (Askren) being a productive tread. White jumped into the conversation agreeing with the fan. 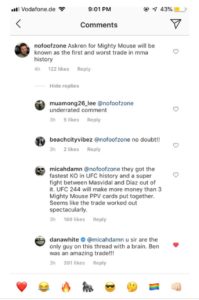 The exchange did come as a bewilderment as Johnson not only was P4P #1 ranked but also shared the record for most title defenses (16) before eventually losing against Henry Cejudo. That being said, there was also some excitement as to how would Ben Askren stack up in the UFC, which is preferred as the crea of the crop for MMA.

Askren will go back to drawing board and make a strong comeback.