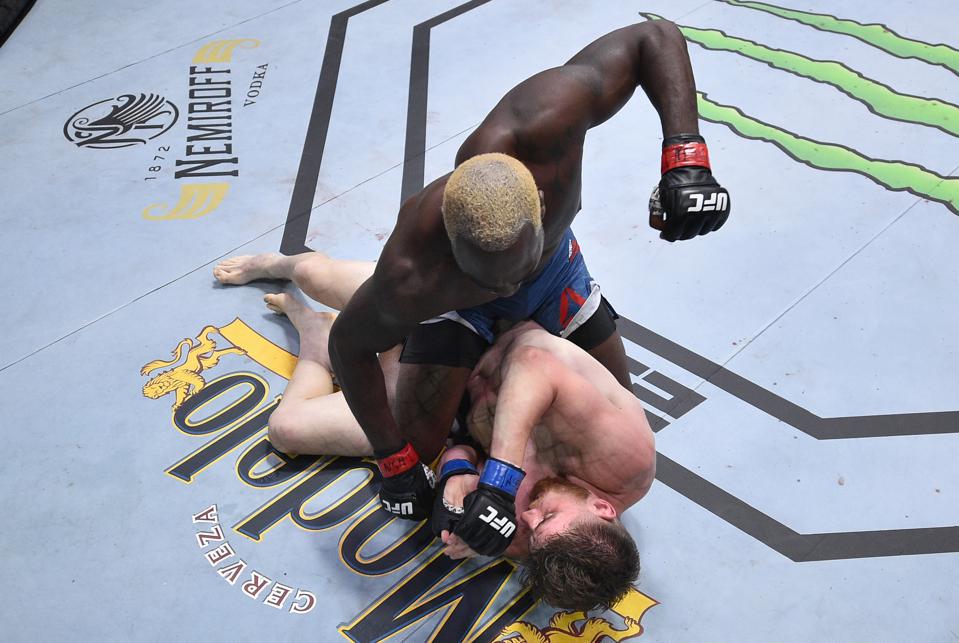 A lot has been said about the stoppage of the Edmen Shahbazyan vs Derek Brunson fight, and many are of the opinion that the fight should have not continued to the third round. Dana White revealed that he is okay with Herb Dean’s decision. However, he was disappointed by the decisions of the cage-side doctor. 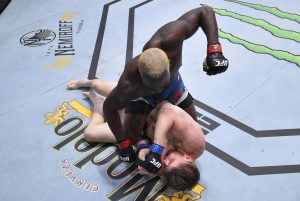 MMA fans were ready for the young talent Edmen Shahbazyan (11-1 MMA, 4-1 UFC) to take the middleweight division by storm after his manager Ronda Rousey hyped him up and said he was something special.

At the end of the second round, Derek took him to the ground and started throwing heavy punches, while Edmen took them all with almost no resistance. However, he was moving just enough to signal the referee to not stop the fight, as only a few seconds were left. After the end of the round, the doctor assigned by Nevada State Atheltic commission interacted with Shahbazyan and cleared him for the next round. Dana White is disappointed at this, and feels that the doctor could have stopped the fight before the start of the 3rd round.

“Shahbazyan looked like he was out at the end of that round,” White told reporters, at the post-fight news conference. “I think that the doctor could have stopped … first of all, the doctor’s obviously inexperienced. I don’t know anything about the doctor, but I’ve never seen him before.”

“You’ve got Brunson, who ends that round strong, many could argue that fight could have been stopped there at the end of the round. I’m sure the ref thought that the guy would have time to go back,” White said. “What you don’t do is talk to the guy for (expletive) 10 minutes while he’s hurt. You know what I mean? Either stop the fight or let him continue, but go. You’re letting the kid recover while you’ve got Brunson who did that work while he’s waiting for the bell to ring so that he can go in and finish the fight. Pull the trigger one way or the other. Stop the fight or don’t.”

Who’s next for Derek Brunson?

After the win, Derek Brunson remains a threat to the middleweight division and is eyeing a big fight next. He recently tweeted that he is up for either Hermanson or Darren Till.

Hermanson or Til next sounds good to me. Both ranked ahead of me & no fight scheduled! @UFC @AliAbdelaziz00 @danawhite @Mickmaynard2