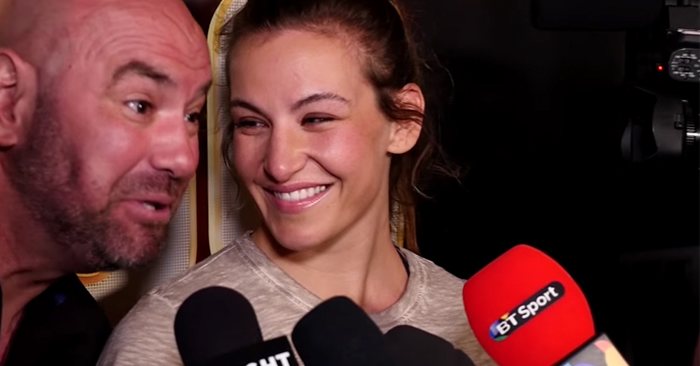 UFC president Dana White is concerned about Miesha Tate‘s nose ahead of her comeback fight against Marion Reneau at the UFC event on July 19.

Miesha Tate was last seen in action against Raquel Pennington at UFC 205 and she lost the fight via unanimous decision. 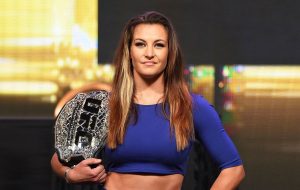 UFC president Dana White in an interview with TMZ sports said that he is excited about Tate’s comeback, but also shared concerns about her nose which she got fixed prior to her fight against Amanda Nunes.

“I told her not to do this. Right before her last fight, she got her nose fixed because she had some damage to her nose. And she got her nose fixed, I told her, ‘Don’t do it, I’ll fix your nose when you’re done. When you’re done, I’ll fix your nose.’ She did it, and if you watch the Amanda Nunes fight, she gets hit by Amanda Nunes in the nose and she didn’t like it. Her and I haven’t talked about this, but big mistake. Over the last five years, she’s obviously given her nose plenty of time to heal. She’s had some kids, built a family, got her nose straight, so I’m happy for her,” Dana White said.

Miesha Tate gunning for a fight against Amanda Nunes

Speaking on SiriusXM, Miesha Tate said that she was gunning for a rematch against Amanda Nunes.

Miesha Tate (@MieshaTate) tells @RyanMcKinnell that she's looking at her return to MMA as a 2-year plan and discusses what she wants to accomplish the second time around. 🚨 pic.twitter.com/aZJWTLefeu

“She might be able to go out there, and hopefully she gets that next opportunity, and I’d love for her to be able to attain that goal, too. But speaking right now, the champion is Amanda. I’d love to run that one back. I would love to fight her again because I know I have the style to beat her. I’m not at all gonna take anything away from her. She is just a scary woman, and she hits like a man, and I know that. I know everything. I’ve been in there with her, and I’ve seen what she’s done since then, but I know I have the style to beat her, and I know I have desire. I have plans, I have goals, and I know I’m somebody that, when push comes to shove, I make sh*t happen.” Miesha Tate concluded.