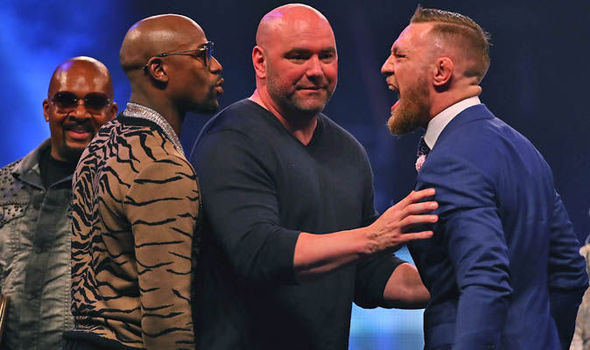 There has been talk over the past few days about a UFC-Mayweather deal going down after Flyod Mayweather first alluded to it in a live social stream and then Joe Rogan confirming that he spoke to Dana White who said though he thought it was crazy but talks were actually on with Mayweather.

Now Dana White has spoken to ESPN and we’ve heard it straight from the horses mouth.

“We’re talking to Floyd about doing a UFC deal,” White told ESPN. “It’s real. He was talking about [boxing] Conor McGregor. Was that real? Have you heard Floyd talk about many things that aren’t real? He usually tips his hand when he’s in the media, and then that shit ends up happening.

“We’re interested in doing something with Floyd. Everything is a realistic possibility. Mayweather vs. McGregor fucking happened. Anything is possible.”

“There was no way I thought that fight was going to happen, but when you sit down with a smart guy like [Mayweather adviser] Al Haymon, a very intelligent guy, anything is possible,” White said. “And Floyd, as much as he does the money thing and this and that, Floyd was actually very easy to work with. I was impressed.”

Previous articleUFC 219: Cyborg vs Holm – One Crazy Fight
Next articleForged in the crucible of adversity and fortitude – ONE Championship’s Amir Khan paving way for a new generation