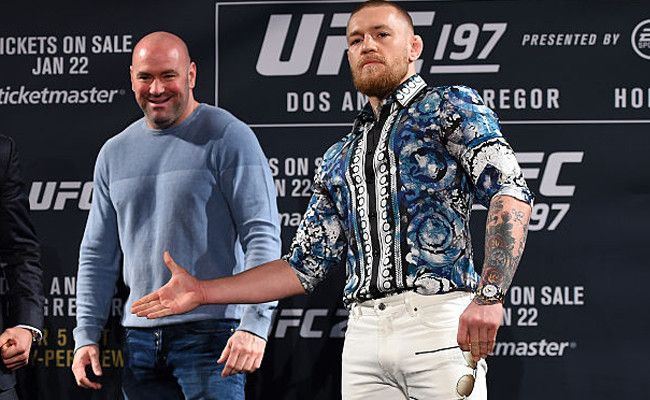 As UFC lightweight champion is all set to defend his title against Dustin Poirier at UFC 242 which is scheduled to take place in Abu Dhabi, the question arises for what’s next for former two-division UFC champion from Ireland, Conor McGregor.

Recently UFC president Dana White gave an interview to BT Sport after the UFC 242 press conference was over on Thursday, he said that McGregor is waiting to see how the lightweight division plays out.

"Conor has not turned down ANY fights."

"When things get crazy and most people pull out of fights @TheNotoriousMMA stays in."

Dana White reveals that he expects McGregor to return to the octagon this year 🙌 pic.twitter.com/1c2ECRbxib

“Conor is in a position where he’s sitting back right now, and I think waiting to see how this whole thing plays out with all these guys. But he should pop up soon.”

He also said that recent talks about Conor McGregor turning down a fight with Justin Gaethje as claimed by his manager Ali Abdelaziz were not true.

“No,” he said. “Conor hasn’t turned down anything. Ali can say whatever. Conor doesn’t turn down fights — period. Conor has been one of the most stand-up… when things get crazy and most people pull out of fights, Conor stays in. Conor McGregor isn’t afraid to fight anyone, so that is absolutely false.”

“I think we’ll see him this year,” White said.

Previous articleKhabib Nurmagomedov to get school worth 65 Crores built in his name in Dagestan
Next articleJustin Bieber cancels Tom Cruise call out: He’s got that dad strength!