Dana White: Conor Mcgregor will come back if he gets the itch 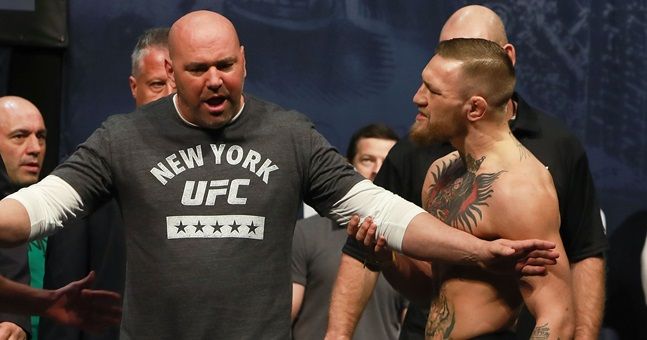 Dana White’s original plan was to bring Conor Mcgregor back into the Octagon by the end of 2017 ,we’re presuming UFC 219. Now that that hasn’t worked our as planned, Dana White is targeting the summer of 2018 for Conor’s return presuming(or hoping) that Mcgregor will get the ‘itch’ to come back by then.

“I haven’t talked to Conor about fighting, we talk about other things but like I said before, he made a lot of money and I’m sure him and his family had an amazing Christmas. Get through the holidays and hopefully he starts to get the itch to come back and hopefully we can get him back this summer,” .

Dana White also threw in some options instead of just focusing on Conor vs Tony Ferguson for his return.

“We have Khabib [Nurmagomedov] and Edson Barboza [fighting at UFC 219], two more of the top guys in that division so this is going to shake out. It’s going to be interesting. If whoever wins the Barboza-Khabib fight while we’re trying to figure out this Conor mess, could end up fighting Tony Ferguson for the opportunity to fight Conor McGregor so we’ll see,” .


Dana also didn’t feel there were any actual financial issues in getting a deal done with Mcgregor and his team but it was mainly about whether Conor wanted to come back.

“Well money is always a factor but we’ve never had a problem getting a deal done with Conor McGregor. I don’t see that being a problem,” White said. “The question is does he want to come back and do it? No matter how much money you make, I always feel like with certain people, you can only go on so many vacations, there’s only so much stuff you can buy and then you’re ready to get back to the grind, hopefully.”

Dana White has not mentioned anything about the status of the lightweight belt in the meanwhile.