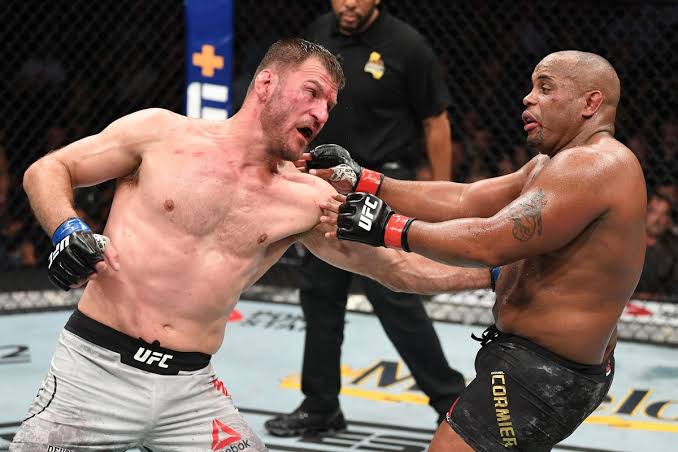 Result was different this time around as Miocic floored Cormier to win the fight via TKO in the fourth round. Cormier was dominating the fight until Miocic came up with a brilliant game plan to attack Cormier’s body which was instrumental in the finish. Speaking in an interview with Brett Okamoto of ESPN, UFC President Dana White shared his thoughts on the fight. 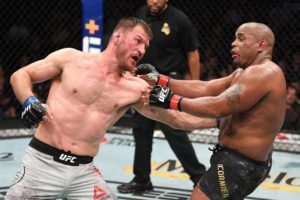 “It was an amazing fight.” White said. “I told Daniel ‘don’t think about whether you want to fight again. Go home, spend time with your family and we’ll talk about that shit later.

There’s nothing to be ashamed with tonight, either guy. No matter how this fight went. If Stipe lost, if Stipe won, if Cormier lost or won, the fight was ridiculous.” (via YouTube):

White went on to reveal that all the possibilities including a trilogy between the two is possible.

“Maybe there’s a trilogy out there, maybe Cormier retires. Does the fight happen with Ngannou now? Who knows.”

White also addressed the ‘Fight of the Night’ winning bout between powerhouses Yoel Romero and Paulo Costa. Costa was able to edge Romero via unanimous decision. White claimed he might very well fly Costa to Melbourne, Australia couple of months from now at UFC 243.