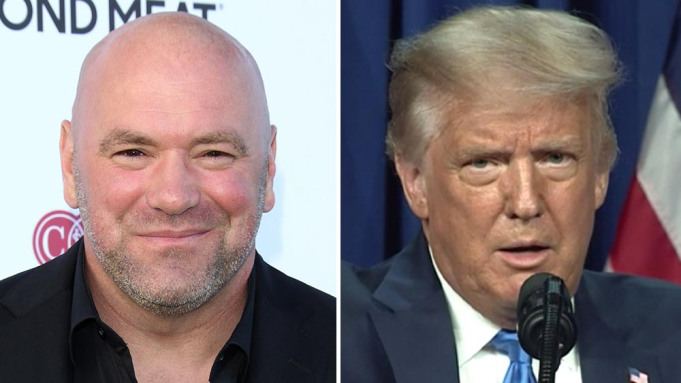 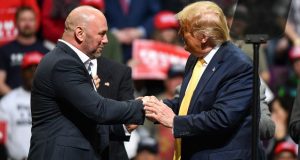 The time slot for White’s appearance was notable because Thursday serves as the final evening of the convention where Trump officially accepts his nomination from the Republican party to run for a second term.

Dana White started his speech by making the following statement:
“Hey everyone, I am Dana White, the president of the UFC. Many of you know who I am, what I do, and that I am friends with the President. I spoke at this convention four years ago and I’m back because I believe we need President Trump’s leadership now more than ever. Before the pandemic, President Trump built the greatest economy in our nation’s history, and created opportunities for all Americans like no one before him. Financial markets hit all-time highs, unemployment at an all-time low, and we weren’t facing the lawless destruction that now is occurring in a few of our great cities,”

While Trump has encountered friction with leading figures in other sports — sparring with the NFL over widespread social-justice protests during the National Anthem, and drawing regular criticism from NBA stars like LeBron James — he has found a reliable tag-team partner in White.

Dana White also praised President Trump’s handling of the coronavirus pandemic during his address at the Republican National Convention on Thursday.

White started his speech by blasting calls to defund the police and voicing support for first responders.

“Come on America! Defunding these vital positions is not the answer,” he said. “The first responders have always taken care of us and now more than ever we need to take care of them.“

White on Thursday also praised Trump’s work to help live professional sporting events resume during the pandemic, noting that the UFC was among the first sports to restart.

Dana White urges the nation to re-elect Trump as President.

“Let’s re-elect President Trump. Let’s figure out what the problems are and continue to find solutions,” he concluded. “It is so important to vote. And don’t think that your vote doesn’t matter, because it has never mattered more than it does right now.”

White also addressed the ongoing coronavirus pandemic, which to date has killed more than 180,000 Americans, while giving Trump credit for his leadership and strategy to deal with the deadly virus.

“Now, let’s talk about COVID and let’s be very honest about it,” White said. “No one person and no one place could have anticipated the challenges that COVID would bring. But President Trump has faced all these obstacles head on.“

“He immediately put protective measures in place and he reached out to the best and the brightest leaders in American businesses of all industries to discuss what he and his administration could do to get the economy back up and running safely.”

Previous articleUFC News: Anthony Smith says he still wants to “beat up” Luke Rockhold
Next articleRay Borg retires from the sport of MMA at the age of 27