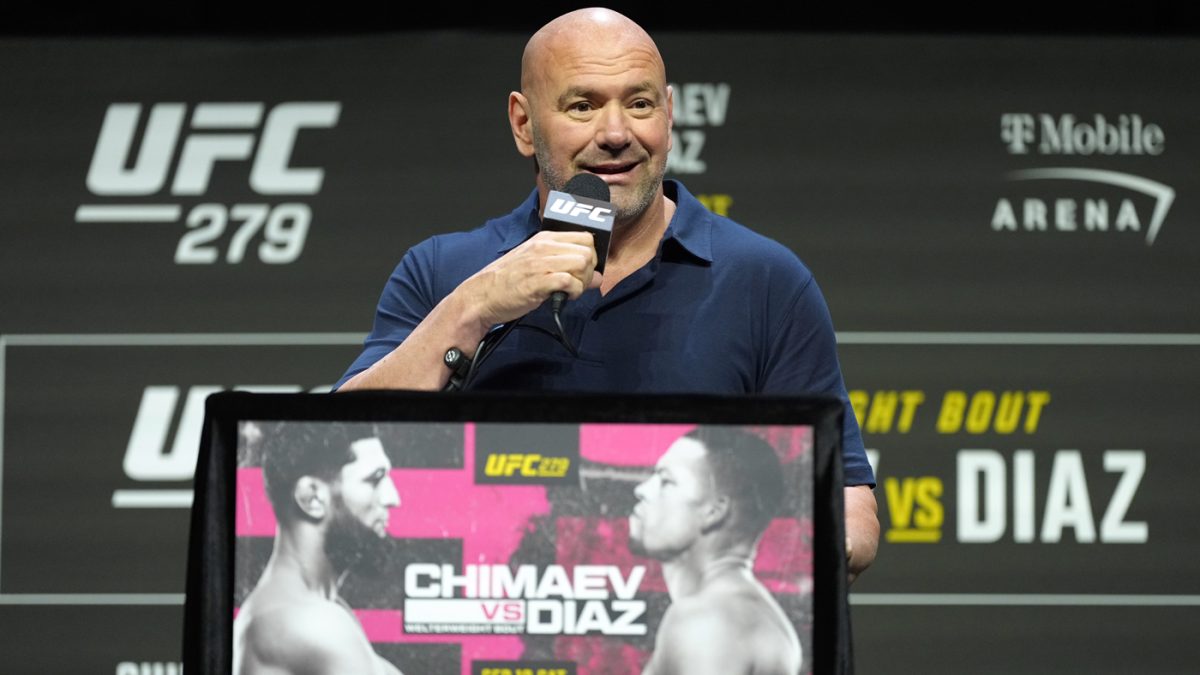 UFC 279 features one of the most stacked fight cards of the year and it features a mouth watering welterweight fight between Khamzat Chimaev and Nate Diaz at the T-Mobile Arena in Las Vegas. Before the fight, there was a pre-fight press conference planned which got cancelled after an ‘absolute s***show’ where fighters were involved in a brawl backstage.

“S*** show – absolute s*** show back there,” White said at the press conference room. “Ask them questions. There’s lots of crazy s*** going on back there.”

Khamzat Chimaev and Kevin Holland were the catalyst for the Brawl

Dana White confirmed to the media that Khamzat Chimaev and Kevin Holland were the known catalyst for the mayhem backstage and part of the reason why the UFC president announced the cancellation of the press conference.

“I’m not gonna tell everybody what went on back here. There was multiple, crazy, I don’t know what to call it… All hell broke loose out here… What I didn’t want to do was have all of these guys come out there together. It would have been bad.”

Dana White further added that the press conference was cancelled for the very first time in UFC history and promised the media present there that this would never happen again.

“Yeah, this ain’t going to happen. I apologize, everybody. I am in very weird waters here. This has never happened in the history of this company. Let me tell you this is the right decision not to do this press conference right now. Yeah, I hear you. I’m with you. But for everybody’s safety, this is the right decision. I apologize.” (H/T – MMA Junkie)

Dana White also said that the lack of security also let the situation reach the boiling point. He, however, added that no fighters were injured and the fight card for this weekend is good to go.

Previous article
He Has Something In His Hands: Ciryl Gane Claims Tai Tuivasa Is The Hardest Punches He’s Ever Faced
Next article
Darren Till Reveals What Happen Between Chimaev & Holland Backstage At UFC 279 Presser