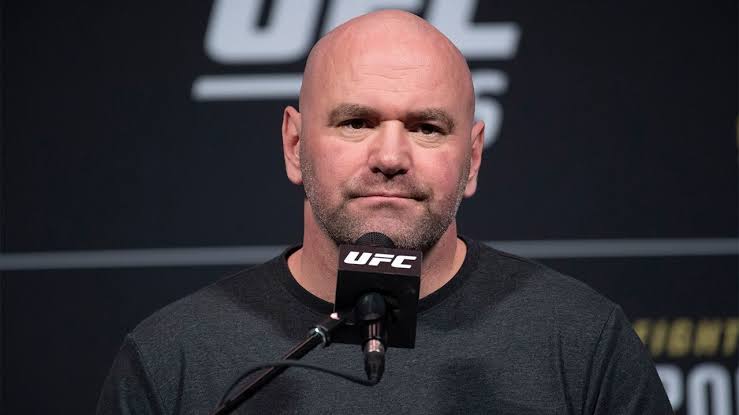 As the frontrunner of the largest MMA organisation in the world, Dana White has had a new dimension added to his job – dealing with altercations outside the Octagon.

The latest instance of this sort happened last week when Jorge Masvidal and Leon Edwards engaged in brawl during a post fight interview. But White isn’t condemning what his fighters did. While talking to Yahoo! Sports, White explained how he felt that both the fighters were fired up after their respective wins. He also gave his take on who he felt was responsible for the whole incident.

During a post fight interview by Jorge Masvidal after the event last Saturday, Edwards was trash talking Masvidal. However, it was Masvidal who threw the first punch. But Dana White, doesn’t hold him to the fire for what happened.

“I do blame my staff,” White said. “There’s never a scenario where you let guys walk up to each other like that backstage. We have enough people backstage that that shouldn’t happen, including security. I’m super disappointed in my whole crew for that one.

“These guys are fighters. They’re in the heat of the moment. He just won, he’s got the adrenaline pumping, this guy comes by, plus Masvidal isn’t a guy that — he’s that guy, you know what I mean? For anybody backstage in my staff to let these guys walk up to each other is just ridiculous.”

“As soon as he started walking up the ramp with his hands behind his back, 10 people that work at the UFC should have jumped in there,” White added. “That stuff shouldn’t happen.”

In the wake of such incidents, one can’t help but remember that such events have come under special scrutiny after the incidents last year. First of all, McGregor broke all hell loose when he threw a dolly at a bus containing UFC fighters, aiming primarily at Khabib Nurmagomedov.

The two would eventually meet at UFC 229. After submitting McGregor in the third round, Khabib would go on to jump the cage and engage in a massive cage side brawl. Despite suspensions being put into place White doesn’t think these outside-the-cage episodes are anything to be overly concerned about.

“Listen, it’s the fight business. Sometimes people overreact,” White said. “I thought that a lot of people overreacted on the Conor and Khabib thing. We had that thing contained like that (snaps fingers). We knew that there was a possibility that that could happen and we were ready for it.”

“These things happen. But it’s the fight business and our job is to make sure these things don’t happen onstage, behind the scenes, but sometimes it does. Sometimes things escalate and blow up.”

The situation between Masvidal and Edwards has certainly escalated to a point where a fight between them seems inevitable. Masvidal has offered his explanation for throwing the first punch. Edwards, on the other hand, has delivered a threatening warning for Masvidal. The final score will, of course, be settled inside the Octagon.

Previous articleKSW 47: The X-Warriors this Saturday!!
Next articleMarlon Moraes and Henry Cejudo at loggerheads over the vacant Bantamweight championship
- Advertisement -