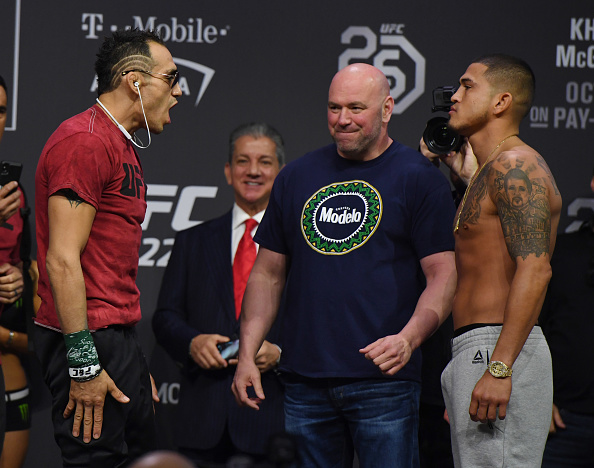 Tony Ferguson has not had the best time in 2019 so far. The fighter’s wife, Christina, filed a temporary restraining order against the fighter, citing disturbing behaviour from him. The reports of the behaviour became public knowledge, as it became known that Ferguson was clearly suffering from several problems in his personal life.

Tony Ferguson had been asking for a title fight against Khabib Nurmagomedov for quite a while. He was the #1 Contender as well. It appeared that UFC was not ready to hand him the opportunity, offering him an Interim Title fight instead. Ferguson had refused the fight, with Dustin ‘Diamond’ Poirier taking his place opposite Max Holloway instead. However, now, Dana White has said that a fight is not really in the best interests of Tony Ferguson at all.

Dana White said that the UFC had been targeting a fight between Tony Ferguson and Al Iaquinta for the future. However, with Ferguson’s mental health not being at its best, he said that a fight was not really in the best interests of the fighter at the moment.

The promotion has since scheduled a fight between Donald Cerrone and Al Iaquinta to headline UFC Ottawa on the 4th of May.

Ferguson has posted an update, saying that he is getting the help that he needs from UFC management and that he is doing better.

Previous articleLeon Edwards has a different account of the backstage altercation between him and Jorge Masvidal
Next articleUFC: Conor McGregor will fight in co-main event spot under one condition – UFC shares!