UFC President Dana White and former UFC two-division champion Henry Cejudo are still not over their dispute and are constantly taking shots at each other. The entire issue started after Henry Cejudo said that he wanted to fight UFC Featherweight champion Alexander Volkanovski at UFC 272. But UFC didn’t give him a chance and instead set up a fight between Chan Sung Jung and Alexander for UFC 273. UFC President Dana White then opened up about this issue and stated that Henry Cejudo should not expect the UFC to give him title fights as he is retired. The UFC President offered the following explanation to BT Sport. 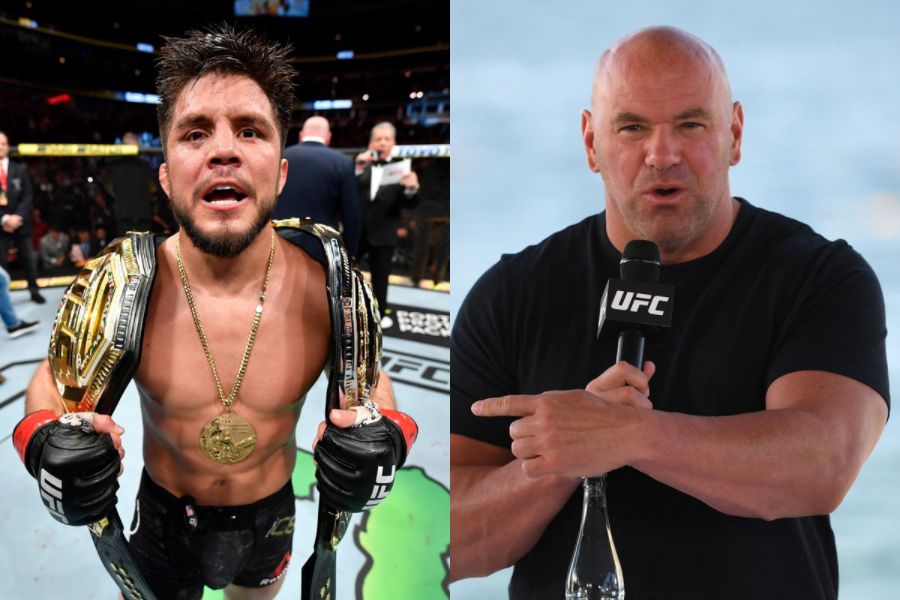 “I can tell you this: The ‘Korean Zombie’ (Chan Sung Jung) has been here fighting,” White said. “This guy’s retired. He’s been off for how many years now, and he wants to come in and fight Alexander Volkanovski? You’ve got guys like the Zombie, Josh Emmett, Giga (Chikadze) who’s fighting this weekend. You’ve got these guys that are in here doing it three times a year and working their way up. For Cejudo to retire and then just think he should be able to come in and jump into any weight division and take on the champion, it’s not how it works.”

Those statements did not sit well with Henry Cejudo he then responded to Dana White on this issue.

So if I had blonde hair and blue eyes or if I was a Canadian with a accent,maybe you would give it to me? I defend both my belts unlike GPS. I left on top and retired on that Monday to give the rest of the division’S a chance. You are plain out scared that I will win.@danawhite pic.twitter.com/nlLyNwi1ne

“So if I had blonde hair and blue eyes or if I was a Canadian with a accent, maybe you would give it to me? I defend both my belts unlike GPS. I left on top and retired on that Monday to give the rest of the division’s a chance. You are plain out scared that I will win. @danawhite.”

“Yeah… So, I should’ve jumped over everybody and gave (the title shot) to him because all of a sudden last week he decided he isn’t retired? Come on man.” White said of Cejudo. “This is a f*cking silly conversation. Silly. If he wants to come back and try to win the title again in his weight class and then talk about moving up or doing something else (that’s one thing). But you don’t just f*cking pop up and start calling somebody names and think that you’re going to get a title shot in a different weight class. (Not) when you’ve been retired for what? Two and a half years?”