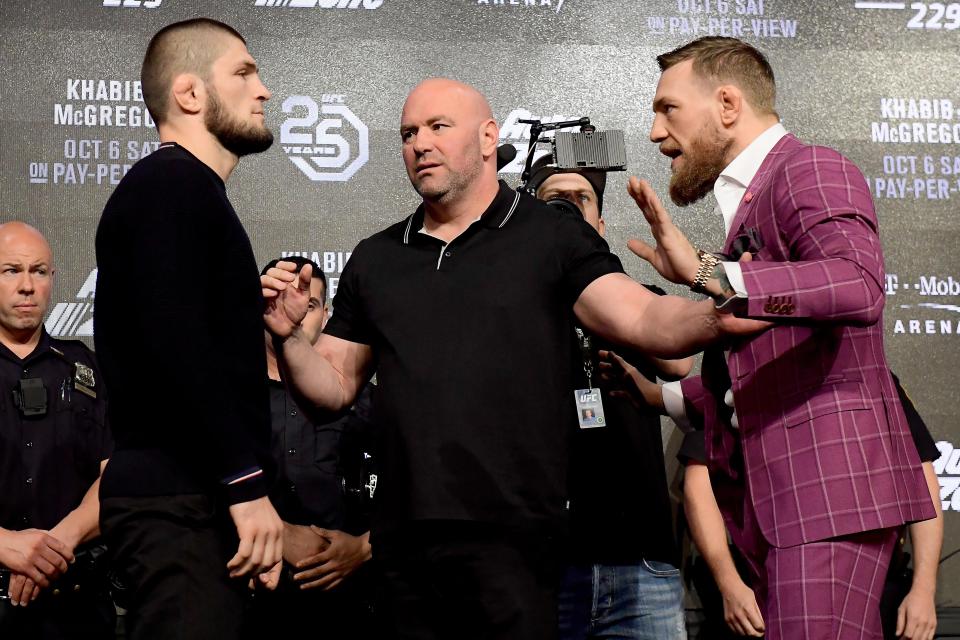 The UFC President Dana White has provided fans with another latest update on as to when a much awaited and highly anticipated rematch between the current UFC lightweight champion Khabib Nurmagomedov and the former UFC champ champ Conor McGregor, White revealed that McGregor might not actually wait to fight the champion. 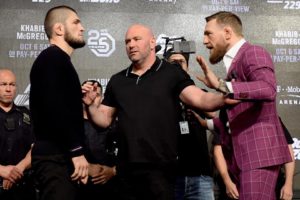 White was recently in a conversation with TMZ Sports. He told them that a rematch might happen if Khabib successfully defends his title against Tony Ferguson. But revealed that McGregor might not be too interested in waiting for a rematch with him. Here’s what he had to say:

Khabib if he wins, But I don’t know if Conor wants to wait for him. We’ll see what happens. Conor might not wait. Conor McGregor does not handpick his opponents, Conor McGregor has fought anybody that we have asked him to fight and who has been available. I mean guys have pulled out on Conor two or three times, Conor literally went to the gym and said ‘Tell me who I am fighting.’

In two previous conversations with TMZ last month. He had previously said that he really wants the rematch to happen and had in fact even given the fans a timeline for it. Here’s what he had said previously:

“Conor wants Khabib. Conor always has a lot of options. He wants Khabib, that’s the fight he wants, and we’ll see what happens. … I think Khabib makes sense, too.

Khabib’s proposal to Floyd Mayweather: 11 rounds of boxing followed by 1 round of MMA

Previous articleKhabib’s proposal to Floyd Mayweather: 11 rounds of boxing followed by 1 round of MMA
Next articleDate set for Tyson Fury vs Deontay Wilder 3!