Dana White claims he’s going to live in fight island for a month! 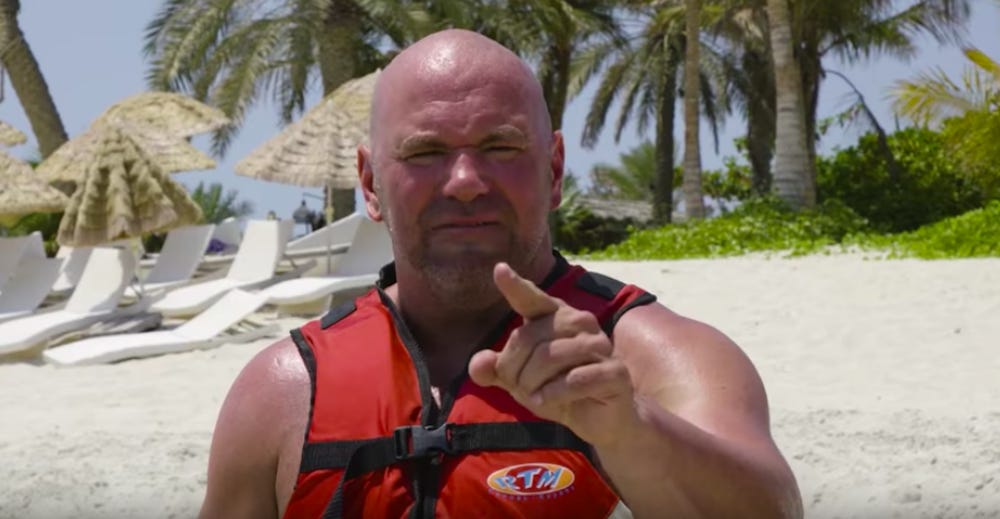 Last month, Dana White announced that he was going to host live fights at an Island and call in Fight Island.

MMA fans weren’t sure if the thing was real, but Dana White was pretty adamant about making it a success. Amidst the coronavirus scare, the UFC is able to host live events involving fighters living in the US.

UFC hosted three-fight cards in Jacksonville, Florida, and will be ending the month of May with a blockbuster card involving Tyron Woodley and Gilbert Burns. The month ending card will take place at UFC’s Apex facility as the lockdown restrictions ease in states around the US. 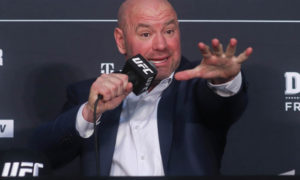 Despite some relaxations locally, UFC still has a large roster of fighters from abroad.  Three UFC champions live outside the US. So for those fighters to be able to compete, Dana White has to set up a Fight Island, where fighters from abroad will be bought in. In fact in a recent interview with ESPN, Dana White revealed that he was going to stay on the Island for an entire month.

“I will be there [Fight Island] for a month for the fights and if we end up pulling the fights we are working on right now….we are going to do three or four fights in a month on fight Island and when everything is working smooth and cranking, I will go home,” White added.

“Yes, the UFC is apparently building a facility on a private island that they’re calling ‘Fight Island.’ Now, is that a clever name? No. Is it the perfect name? Yes! Because it’s the first thought an idiot would have if they wanted to name a private island where fights happen.” Oliver said.

“He could have called it ‘Brawlhamas,’ or ‘Puerto Ruckus,’ or ‘Owie Maui,’ or ‘Slam Miguel,’ but he didn’t do that,” Oliver said.

“He didn’t do that, and he didn’t even go with the obvious name for an island where you stage UFC fights which is simply, ‘UF-SEA.’ Look at me, Dana. Why didn’t you just call it ‘UF-SEA? It’s perfect.” John Oliver concluded.

Now it looks like the UFC president has taken Oliver’s advice seriously and trademarked the ‘UFCSEA’.

“What’s his name?” White told ESPN. “The guy that came out. John Oliver came out and did that piece with some selective facts about what we had done in Florida and all that stuff at the UFC. I told my lawyers after that, I said, ‘See if the trademarks are there for UFSEA’. So obviously they did and obviously you guys know about them. Did we get them? Yeah, I think we got them.

“Thanks, John Oliver. I’m not giving you a cut.” Dana White concluded.