Dana White has some good news for CM Punk fans. 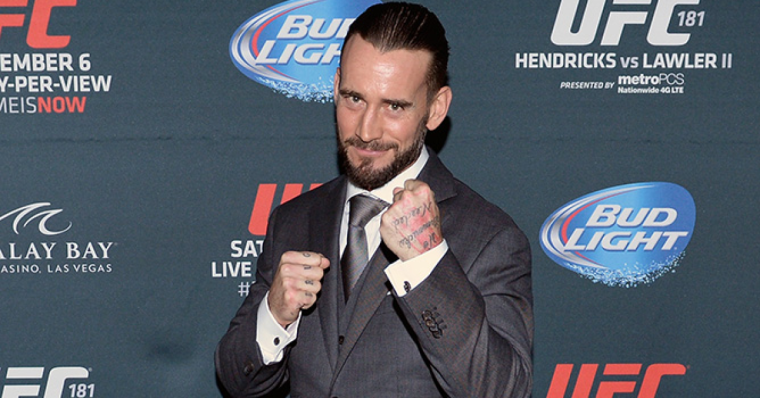 The former WWE Superstar Phil ‘CM Punk’ Brooks had fallen victim to criticism from majority of the combat sports world for his ‘undeserved’ shot at a UFC match without prior professional combat experience. But he earned a lot of respect for stepping inside the Octagon despite receiving a beat down in the hands of fellow rookie Mickey Gall at UFC 203.

Fans began to believe this was the end of Punk’s MMA run though he had assured after his fight with Gall that he would be back. People began to wonder if Punk was actually serious after such a humiliating debut loss. But now after a long period of career inactivity, UFC President Dana White reveals that he wants to give Phil Brooks one more fight in the UFC.

“I like that guy. He’s a good dude,” White said heading into the UFC 220 weekend. “He wants one more. He wants to get another shot. I’m going to give it to him.”

However, the details of the fight have not yet been given. But we can assume that the former WWE Champion will face someone as experienced as him in the cage. But this doesn’t mean that the UFC is going to present him an opponent who is ‘0-1’ but a possible opponent with wins in his resume. His former opponent was 2-0 prior to the fight at UFC 203.

He won’t be the first WWE Superstar to enter in the Octagon. Prior to him the ‘Beast Incarnate’ Brock Lesnar had successfully made his way to winning the UFC heavyweight title. Punk said if Lesnar could do it, so could he. But unlike Lesnar, Punk doesn’t have amateur wrestling background nor does he have amateur competition experience in any other combat sport.

Many expected Punk would return to wrestling after a loss in his MMA debut. But last year his coach Duke Roufus hinted that his star pupil would make a comeback, in an Instagram post.

Punk is the first person in the UFC history to make a debut in MMA in the UFC without any prior fighting experience. Furthermore, his first fight was in the main card of UFC 203 which was headlined by a heavyweight title fight between Stipe Miocic and Alistair Overeem. This also makes Punk the oldest person to make a UFC debut at the very late age of 37.

Punk has trained Brazilian jujitsu under Rener Gracie for many years and has received a blue belt under Daniel Wanderley. Punk trains at Roufus Sports Academy under the tutelage of legendary kick boxer Duke Roufus. He has trained alongside with former UFC lightweight champion Anthony Pettis and current UFC welterweight champion Tyron Woodley.

It would be interesting to see what Punk has to offer the fans this time. Now that he has learnt a lesson from his first fight where he rushed into striking his opponent only to be taken down for a finish, we can hope that he would only be more careful. Win or lose his efforts to be an MMA fighter and compete at the highest league is nothing but inspirational.

Previous articleBellator 192: Live results and play by play updates
Next articleSTIPE MIOCIC SAYS HE’S THE GREATEST HEAVYWEIGHT IN UFC HISTORY (and we agree)