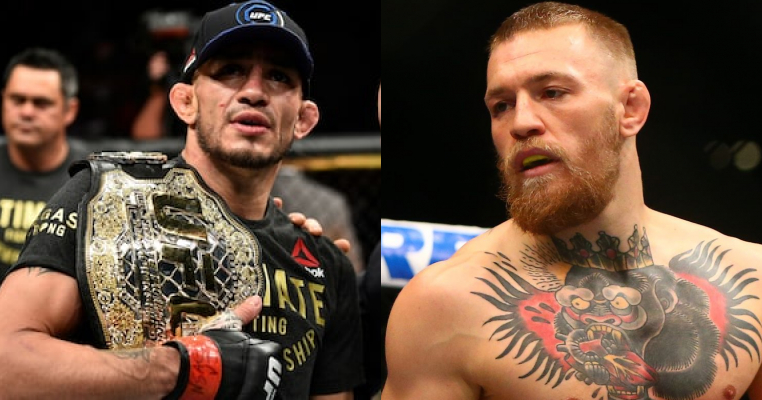 There is no telling what UFC President Dana White is up to. Recently it has been noted that White let out a hint about the main event of the closing showdown of the year, UFC 219 which is to take place on Dec 30th at T-Mobile Arena which is the last event of the year.

Dana White has stated during a Q&A at Wild Card Gym in Los Angeles that ‘The Notorious’ one may make his long awaited return to the cage ‘in Vegas’ and ‘could be’ just a day before the New Year’s Eve on Dec 30th at UFC 219.

Dana White says he’ll hash out the UFC 219 main event for Las Vegas by the end of the week and said @TheNotoriousMMA return “will be in Vegas” and “could be” on that Dec. 30 date.

Traditionally the last event of the year is supposed to be a stacked card with the top talents involved. Now that we have an Interim UFC Lightweight Champion Tony Ferguson ruling the lightweight division at McGregor’s absence, the Irishman would have no problem to return to the Octagon and show ‘El Cucuy’ who the real king of the division is.

Tony Ferguson has also called out McGregor during the post-fight interview at UFC 216 and has stated that McGregor should either defend or vacate his lightweight belt.

Conor McGregor has recently accepted his challenge by sending out a little tweet:

Fans had recently voted on Twitter that they would love to see a title unification bout between Ferguson and McGregor, over other options like McGregor vs Nate Diaz in a trilogy fight. McGregor had also stated before he would fight immediately defend his title after his boxing match with Floyd Mayweather.

A fight between Ferguson and McGregor would be worth to watch as the two warriors are the most fierce some athletes inside the Octagon. It would be interesting to see how ‘El Cucuy’ would react to Conor’s punching power, and how ‘The Notorious’ one would find a way to tackle Ferguson’s Tenth Planet Jujitsu skills.

Previous articleGeorges St – Pierre talks about his injury, his contract stipulation to fight Whittaker next, and Jon Jones
Next articleIndian team for the IMMAF World Championships 2017: A closer look at the athletes representing the nation