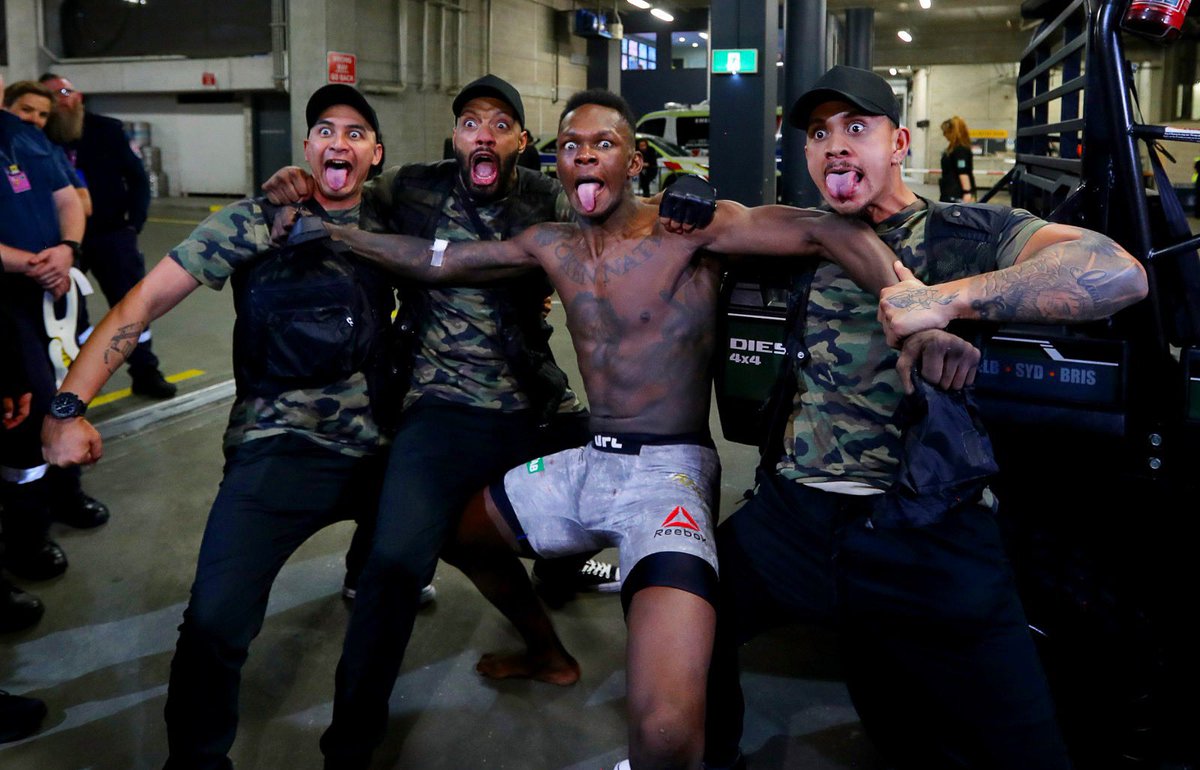 UFC president Dana White said that he does not like the way Israel Adesanya enters the octagon and wishes Adesanya didn’t dance into the Octagon.

At UFC 243, Adesanya performed one of the best walkouts in the history of the UFC. Adesanya demanded that UFC let him dance his way to the cage in front of a sold-out crowd in Melbourne, Australia, and the promotion granted his wish. The result was one of the most memorable walks to the Octagon, but it’s not something that White wants to see.

Speaking to TMZ Sports, White explained why he’s not a big fan of Adesanya’s dance moves.

“Well he’s an interesting guy anyways, but yeah, I don’t love it. (Laughs) I don’t love it. I battle with him every time we do it, you know? I keep it as minimal as possible. I like guys that just walk right into the Octagon, they’re serious, they’re all business,” White said.

Adesanya, who is scheduled to defend his middleweight championship in a grudge match with undefeated contender Paulo Costa next weekend at UFC 253, will have more opportunities to set himself apart from the competition. Although the UFC president says he would prefer if Adesanya just walked out to the Octagon normally, he admits that at least “The Last Stylebender” can dance which most of the other fighters can’t.

“But you know what? It works for Israel. It works for him. He’s got the personality to pull it off, and obviously, the guy can dance. We have a lot of people who dance their way into the Octagon and they should probably never dance anywhere. But Adesanya is a badass dancer. But yeah, it’s his thing and it’s cool and he can pull it off,” White said.

Adesanya is set to fight his biggest and strongest challenger to date in Paulo Costa. Both of these undefeated fighters will go toe to toe at UFC 253 next week. Costa (13-0 MMA, 5-0 UFC), is coming off a split decision win over Yoel Romero at UFC 241 back in August last year. While Adesanya last fought Yoel Romero too at UFC 248. This fight on paper promises fireworks and the UFC president Dana White is sure that it will deliver as promised.

What do you guys think should Adesanya be allowed to dance to the Octagon?

Edson Barboza’s management revealed that Barboza, a longtime lightweight contender currently competing at 145 pounds, has re-signed with the UFC on a multi-fight deal. The...
Read more
- Advertisement -