Dana White: Jon Jones can retire if he wants to; has made enough money! 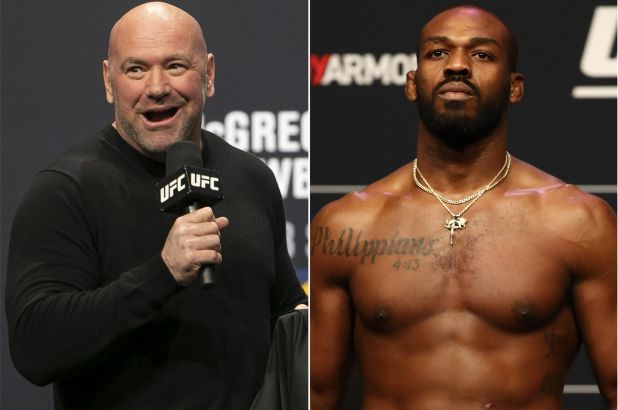 On Sunday, UFC light heavyweight champion Jon Jones sent out a tweet stating that he will be relinquishing his title.

The move came after a falling out between Jones and UFC president Dana White. Jones wanted a significant bump in pay to fight top heavyweight contender Francis Ngannou.

White said that Jon Jones had insane demands to fight top light heavyweight contender Francis Ngannou. According to White, Jones was asking a payday similar to what the former heavyweight champion Deontay Wilder made for fighting Tyson Fury last February.

Jones accused Dana White of lying and told the UFC to release him from his contract. Now Dana White has stated that Jones has made enough money from the sports to retire.

“Jon Jones is one of the greatest to ever do it,” White said in the statement to MMAFighting. “The decision he wants to make regarding his career is up to him.

“The reality is that he’s made enough money from fighting that he’s now in the position to retire and never work again in his life.”

“Being the greatest of all-time does not mean you get $30 million dollars,” White explained. “Being able to sell… Jon Jones has done a lot of things to himself. He keeps saying, in one of his tweets he was saying that I tarnished him. I tarnished you? You’ve done a very good job of tarnishing you. I haven’t done that.”

“You know, Hunter told him ‘you can come in here and walk through the numbers, I’ll walk you through all of the numbers’ and (Jones) said ‘I don’t give a f*ck what the numbers are. I want what I want and that is it.’ It is not how life works. Why don’t you guys fly back and go tell your boss ‘I don’t give a f*ck what this company makes, this is what I want and you’re going to give it to me’, see how that f*cking works out!” White said. (H/T – BJPenn.com)

What do you guys think is next for Jon Jones?

Previous articleWatch: UFC Middleweight champion Israel Adesanya rouses the crowd at a Black Lives Matter rally in NZ!
Next articleMMA on the rise in India, but lots of work still to be done