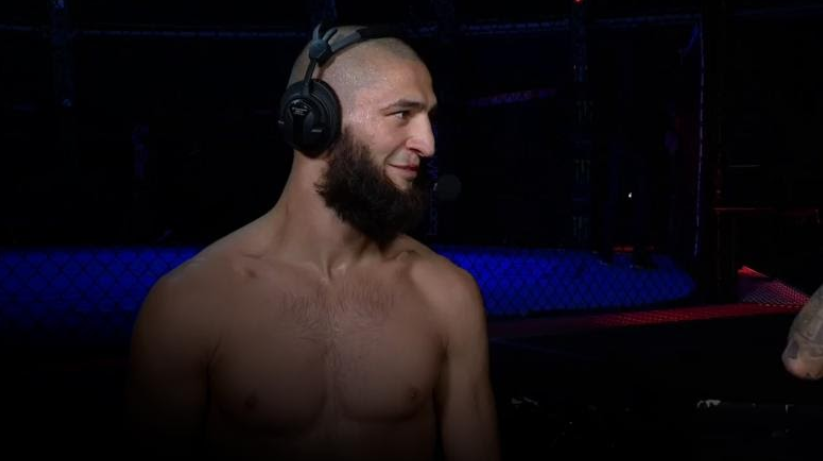 Khamzat Achmedovich Chimaev is a professional wrestler and a mixed martial artist, Khamzat is a Chechen Swedish fighter who is currently a part of the UFC.

Khamzat has taken the UFC by storm and has made a record after a mere 11 days of signing for the company, Chimaev has now won in two different weight class categories in the span of just 11 days.

Chimaev is pumped up and excited to do more in the UFC, Chimaev was quoted saying  “I want to do more, It was too easy for me… I didn’t feel like I fought, It was one second. But I need this. I want to fight.”

Khamzat Chimaev has whipped up a storm

Khamzat has made a quick impression by winning back to back fights in the first rounds itself, this has helped him become popular amongst the fans and also with UFC President Dana White.

Dana White wants Khamzat to compete again and wants that to happen quickly and now it seems like Khamzat Chimaev wants the same.

Kevin tweeted “ Just spoke to @danawhite and he said @KChimaev “is special” and wants to fight again on Aug. 15 at UFC 252. He said he’ll make that happen.”

These two wins added to his previous 6 now take his record to 8-0-0 and know it seems like Dana thinks that Khamzat has the potential to become the next great UFC fighter and therefore seems keen to showcase his talents on an even wider scale.

After seeing his first two fights Khamzat seems like a great fighter, he seems like someone filled with a lot of positive aggression and fighting talent, and is obviously hungry for more.

Chimaev could fight at UFC 252

It seems almost confirmed that Khamzat would compete on the 15 August UFC 252 event as he wants to fight and Dana White wants to make sure that he does. The UFC 252 event would be headlined by the Stipe Miocic vs Daniel Cormier UFC 252 fight and to also see Khamzat the same night would be a treat for all fans.

It has been enjoyable watching Khamzat and now as fans, we are really excited to see him compete at big events on UFC fight nights where he can showcase his fighting skills against top opponents and provide us with entertaining matches.