Dana White reveals why Khamzat Chimaev has two-fights lined up 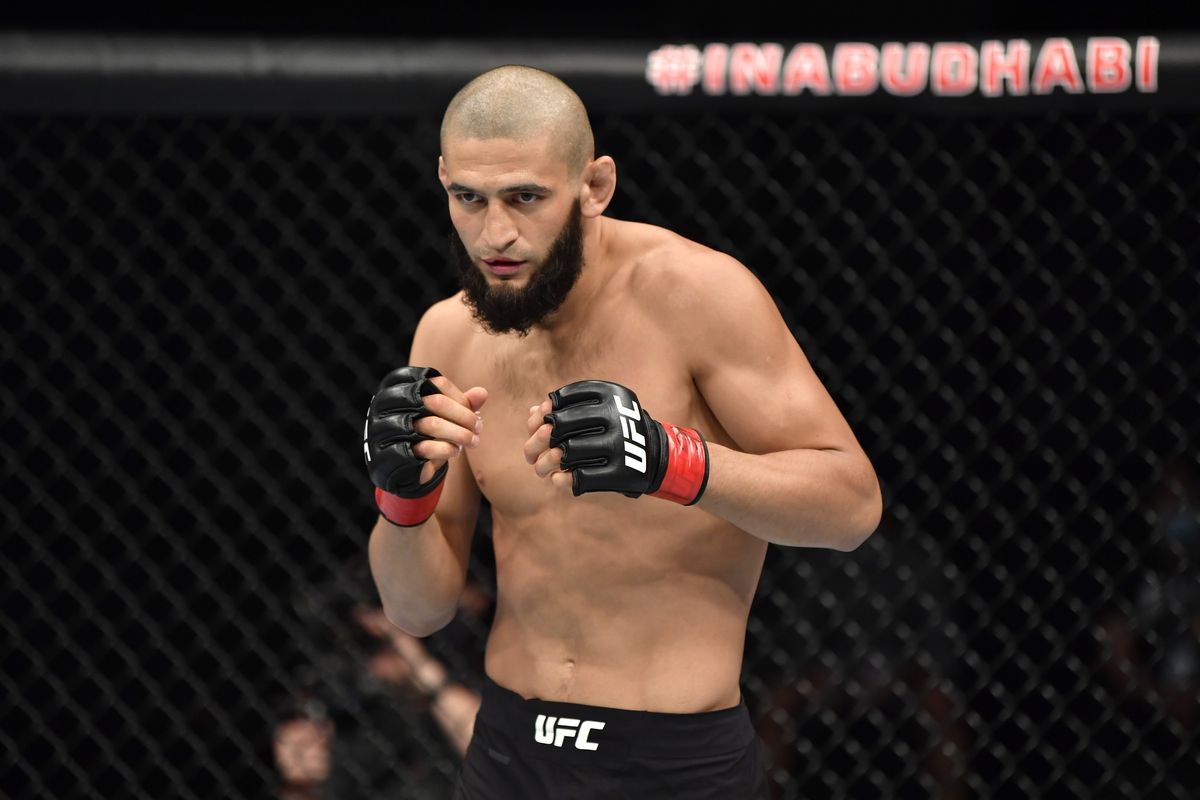 UFC welterweight contender Khamzat Chimaev has taken the MMA world by storm after fighting twice in ten day’s time at the Fight Island against top contenders in Rhys McKee and John Phillips.

Khamzat Chimaev defeated both his opponents and in a short time he became a fan favourite and now he is back against Gerard Meerschaert on September 19. However, if he wins against Meerschaert, he has a fight lined up against UFC legend Demian Maia.

While Khamzat already has his next two-fights lined up, his next opponent Gerard Meerchaert felt disrespected considering the fact that he felt that Chimaev was already overlooking him.

Why did Dana White book two-fight for Khamzat Chimaev?

Dana White was asked by the media as to Khamzat Chimaev has two-fights lined up, to which he replied ‘It’s fun’.

“The thing is, the guy wants to keep fighting. He wants all these fights back-to-back. It’s no disrespect to his opponent. He’s either going to win or lose. That has nothing to do with us, that’s up to them. But to do that, for him to fight two fights in a row, you have to book him. And for a guy like him — I would never do that for someone else. I would be like, ‘Relax, let’s see if you get through this fight.’ But what I’ve seen from him, I’m willing to do that for him,” White said.

“It’s fascinating, you know? We never really had anyone that’s doing what he is right now. So I can see why you’re saying, ‘Don’t you think it’s disrespectful booking a fight for him when he has a fight?’ But that’s how you have to do it. It’s interesting, I like it, I’ve never really had a guy like this. It’s interesting, it’s fun. I’ll play this game with him, you know? After what I saw in his first two fights — he fought two real guys, man. He didn’t fight chumps, this isn’t a guy who blew through a couple of set-up fights. He blew through real people, man. I’m gonna see how it plays out.”

Gerard Meerschaert, on the other hand, is coming off of a TKO loss to Ian Heinisch at UFC 250 last June. Prior to that, he defeated Deron Winn at UFC 248 via rear-naked choke in the third round.

Who wins the fight between Gerard Meerschaert and Khamzat Chimaev next weekend? Let us know in the comment section below.

Previous articleMichael Chandler may be UFC bound, Gilbert Burns shares video
Next articleMagomed Ankalaev vs. Ion Cutelaba has been rescheduled for UFC 254