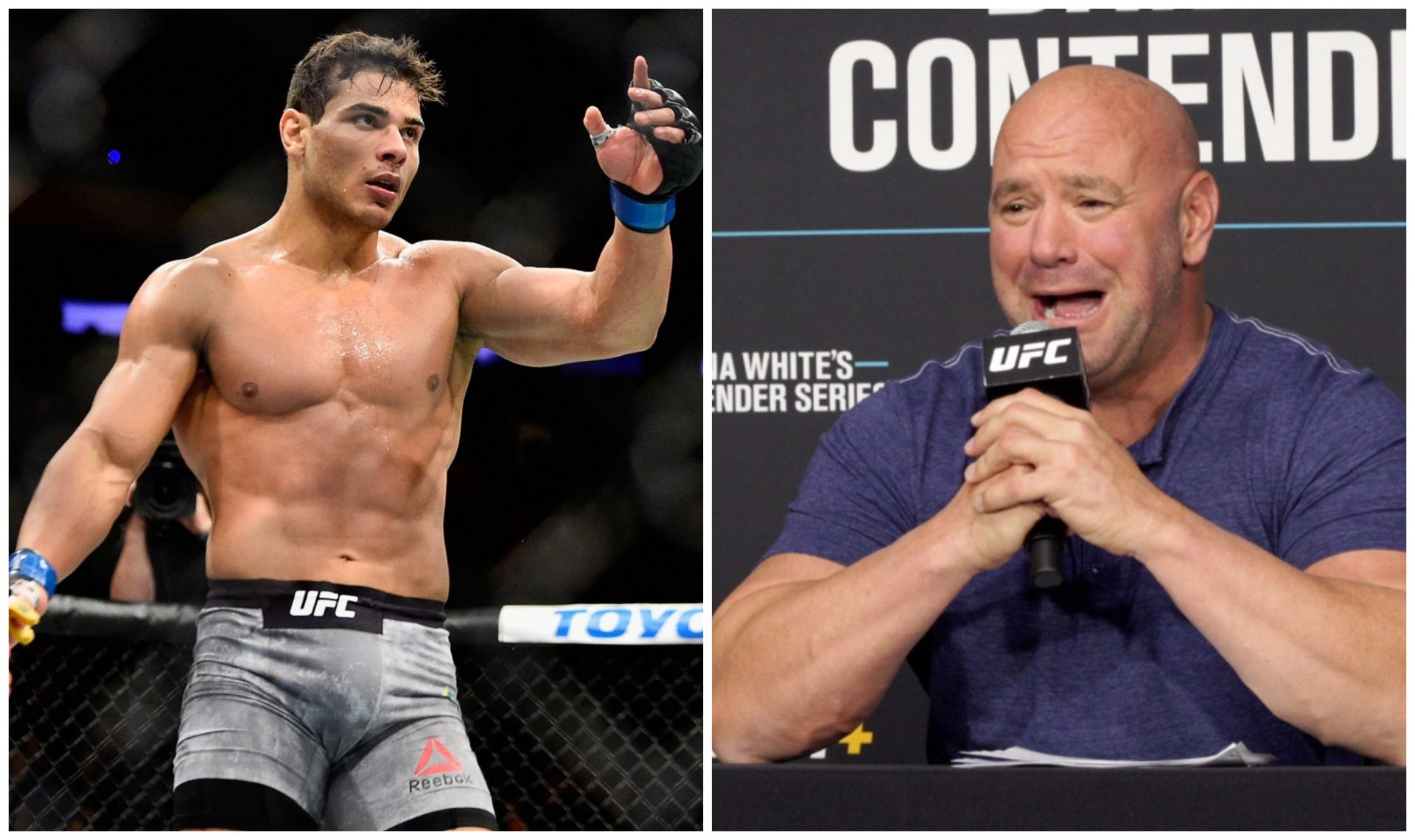 Former UFC Middleweight Championship contender Paulo Costa (13-1 MMA) recently took a jab at the promotion regarding the purse that the fighters receive and demanded a higher payout for himself, which has not sat well with the organization president Dana White.

A couple of days ago, Costa announced that he was pulling out of his upcoming UFC bout against Jared Cannonier on 21st August in a yet to be determined location, and was replaced by fellow middleweight Kelvin Gastelum.

While there was no initial reason cited as to why Costa withdrew from the fight, the Brazilian dropped the bombshell a couple of days later. Taking to Twitter, Costa revealed that he demands more money from the UFC for headlining events and referred to the recently concluded exhibition boxing match between Floyd Mayweather and Logan Paul as a reference.

Logan, a YouTuber who has only one professional and one exhibition bout so far, has been estimated to pocket a whopping $20 million from his 8-round show against Mayweather. Furthermore, Costa claimed that he did not sign the contract for the Cannonier fight.

“UFC needs to pay me as main fighter to have fighting in main events. YouTubers are showing all disgrace on this business.” Costa jad tweeted, “Just to be clear. I never signed or locked up that contract. Why ufc announced this fight if didn’t signed? My question too.”

Just to be clear. I never signed or locked up that contract. Why ufc announced this fight if didn’t signed? My question too

You’re a fighter and this is what you do for a living: White slams Costa

Subsequently, ‘The Eraser’s words has reached Dana White, and the president is used some of the choicest words to fire back at Costa regarding his demand for higher pay in the UFC.

Speaking to TSN, White revealed that Costa had signed the contract for the Cannonier fight, but did not go light on the 30-year-old about his statements.

“Guess what? You should’ve started a YouTube channel when you were f*****g 13 years old and built your name and everything else and you could’ve had the fight on Saturday (Sunday) night,” White went on, “You’re not a f*****g YouTuber, you’re a fighter and this is what you do for a living. Or you don’t, it’s up to you.”

Recalling Costa’s 2nd round TKO defeat against UFC middleweight champion Israel Adesanya at UFC 253, White reminded him that he is in not a status to ask for a higher pay.