Dana White not ruling out GSP return to fight Khabib 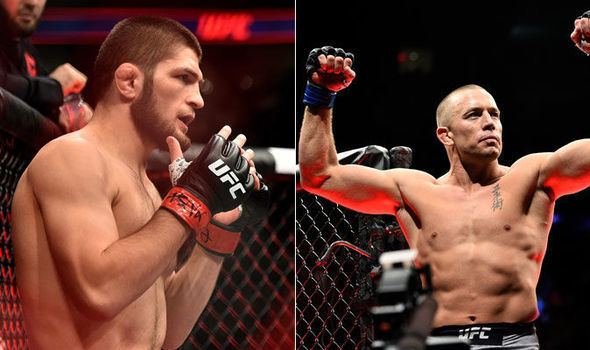 Khabib Nurmagomedov successfully defended his UFC lightweight title against Dustin Poirier at UFC 242 last weekend in Abu Dhabi. He won the fight in the third round via rear-naked choke.

With this win, Khabib extended his winning record to 28-0 and during the post-fight press conference, he talked about a super-fight with former middleweight and welterweight champion Georges St-Piere and said that if GSP feels the need to improve his legacy, then he is ready to fight him in a charity match in Africa. 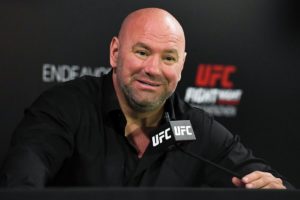 ”They build this arena in two months,” Khabib said. “If UFC has big big fight, they can build this arena in Congo, Nigeria, Somalia, Sudan, whatever. Fight there, make money, do some charity stuff. UFC can do this. I’m gonna do this if they want to support this. Why not?”

”For example, Africa is in very bad situation without water, lot of people dying because they don’t have just drinking water,” Nurmagomedov continued. “We don’t have this problem but millions of people have this problem. Why not? We can do this. Let’s go. If the UFC can support this, I’m going to support this too. Maybe I can fight with Georges St-Pierre. GSP is very big star. They can build this arena in next three months, and maybe January, February, March, we can fight in some place like Congo, why not? And all money that we make, we can use on charity in Africa or something.”

”Like this, I think they make $50 million, $40 million?” Nurmagomedov concluded “Even if they make $30 million dollar, one night and give this all money for people.” (H/T – BJPenn.com)

UFC president Dana White was asked if he was interested in making the fight. This was his reply:

“Sure,” Dana White said after a long pause. “Sure“. He concluded.

GSP last fought in UFC at UFC 217 where he defeated Michael Bisping. Even though Khabib has called out GSP, the weight class at which they fight each other remains an issue as Khabib has previously stated he will only fight him at lightweight.

Previous articleJustin Gaethje stands by personal attack on Conor McGregor
Next articleKhabib paid $6 million to show at UFC 242; Dustin Poirier next up at just $250,000