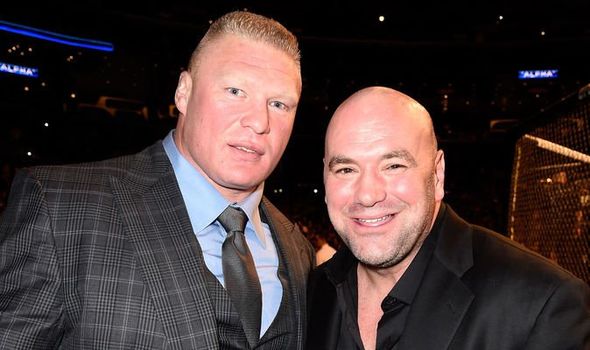 UFC President Dana White has recently given an update on the status of the return of the Former UFC heavyweight champion Brock Lesnar. 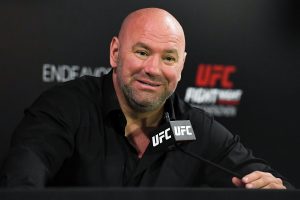 Brock is one of the biggest superstars to step into the Octagon and has sold record-breaking Pay-per-views before the McGregor Era. Coming from a WWE background, Lesnar brought with him a whole new set of audience, and helped MMA reach a bigger platform. His contract with the WWE has recently expired and the fighter is now a free agent, which immediately makes people curious about his return to the Octagon. The heavyweight division is currently stacked with beasts, some that have moved up from Light Heavyweight, and some that have made their way to the top of the division.

As soon as the news broke out, talks of Jon Jones and Stipe Miocic fighting Brock Lesnar started doing the rounds, and the fighters seemed to be open to the idea, given the heavy purse that they will get to fight Brock. However, we haven’t heard much about this subject since then, until Dana White spoke to TMZ Sports and provided an update on where talks are with Lesnar right now.

“Not a word (with Lesnar). Sure, I’d love to hear how he’s doing and how his family is and things like that. But I think that’s going to be the extent of a conversation with him. The guy has had a long, killer career. He actually came in and became a UFC heavyweight champ and the guys made a lot of money. I just don’t see him coming back over here again at his age,” White said about Lesnar.

Brock was last seen in the octagon in 2016 where he fought Mark Hunt, but the fight turned out to be a No Contest. His return still remains exciting to some fans, who are hoping to see him fight Jon Jones. With Stipe retaining his belt against Cormier, it is pretty obvious that Francis Ngannou is next for a title shot, and Jon Jones will not jump Ngannou as per Dana White.

Brock being at the fair end of his MMA career, is not likely to start from the bottom and move up the division slowly. If he’s coming back to the UFC, he is going to demand big shots against big names. The stage is set for Jon Jones vs Brock Lesnar, but no official talks are happening as of now.