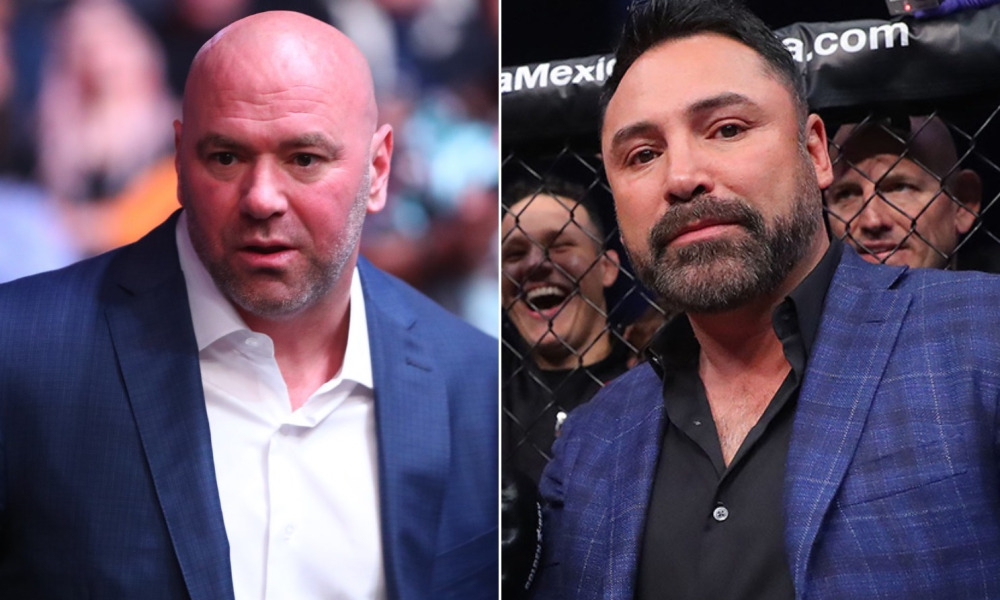 The return of boxing legend – 47-year-old Hall of Famer Oscar De La Hoya has been a major subject of conversation in the game recently, so after a UFC show, Oscar’s media rival Dana White had some things to say after getting some information about the news, which was obviously intended to set White up to state something insignificant or questionable. 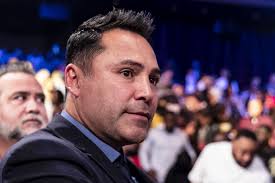 The 47-year-old Oscar, who hasn’t fought since a December 2008 loss to Manny Pacquiao, recently announced he’s plotting a comeback to compete. White, a longtime enemy of De La Hoya who’s never been hesitant to take verbal shot, didn’t miss out on the opportunity when asked for his thoughts during Saturday night’s UFC on ESPN 15 post-fight news conference.

The story began when The Olympic gold medalist and former world champion boxer-turned promoter announced on Wednesday his intent to return to the ring. The 47-year-old has not boxed competitively since 2008 when he retired following a loss to Manny Pacquiao at 36 years old.

“The rumors are true, and I’m going to start sparring in the next few weeks,” he told ESPN.

“It’s a real fight,” De La Hoya said. “I miss being in the ring, I love boxing. Boxing is what gave me everything I have today, and I just miss it.”

He said that he’ll take on “any top guy” and fight at super welterweight or middleweight (154-160 pounds). De La Hoya told ESPN he’s looking for a fighter somewhere between 154 and 160 pounds. The fighter also suggested that boxers today have focused too much on things outside boxing.

Just two months after calling out Conor Mcgregor for a boxing fight, De La Hoya believes his old school mentality will help him in his comeback.“These guys are in it just for the money–that’ll be the big difference,” De La Hoya said per ESPN. “I will fight for the glory, and these guys only fight for the money. And guess what? The glory will always win.”

That puts him in a class with Gennadiy Golovkin and client Canelo Alvarez.

There have yet to be details about when or against whom De La Hoya could have his comeback fight. Clearly, though, it’s of little interest to the UFC boss.