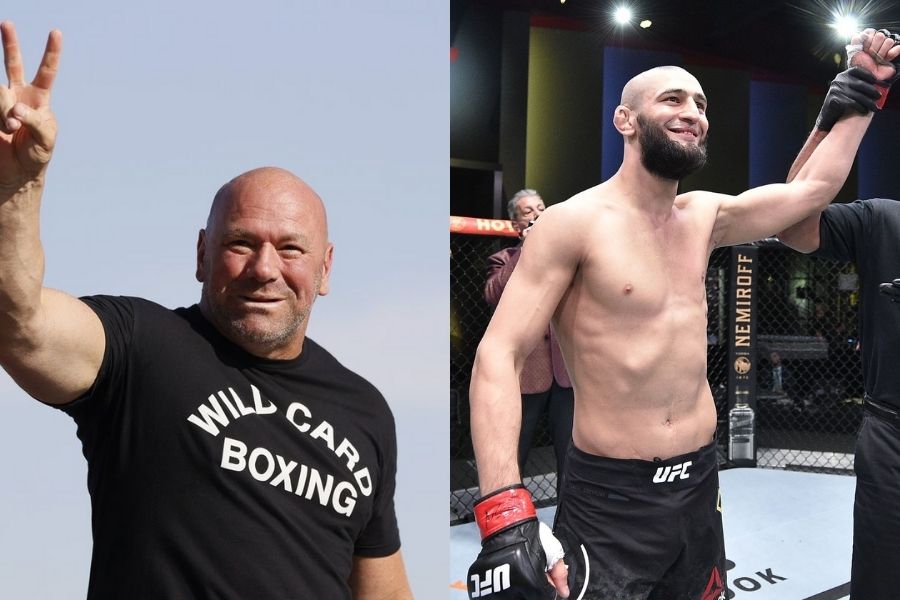 UFC President Dana White has stated some positive things about the UFC’s newest prospect Khamzat Chimaev. Khamzat Chimaev is scheduled to fight Li Jingliang on October 30, 2021, at UFC 267. Previously Chimaev was scheduled to face Leon Edwards in the main event of UFC Fight Night 183 on December 19, 2020. In November, it was announced that Chimaev had tested positive for COVID-19, and soon Leon Edwards also tested positive and the fight was then postponed. The fight kept on getting canceled a few more times before UFC finally gave up on that matchup and set Khamzat against Li. 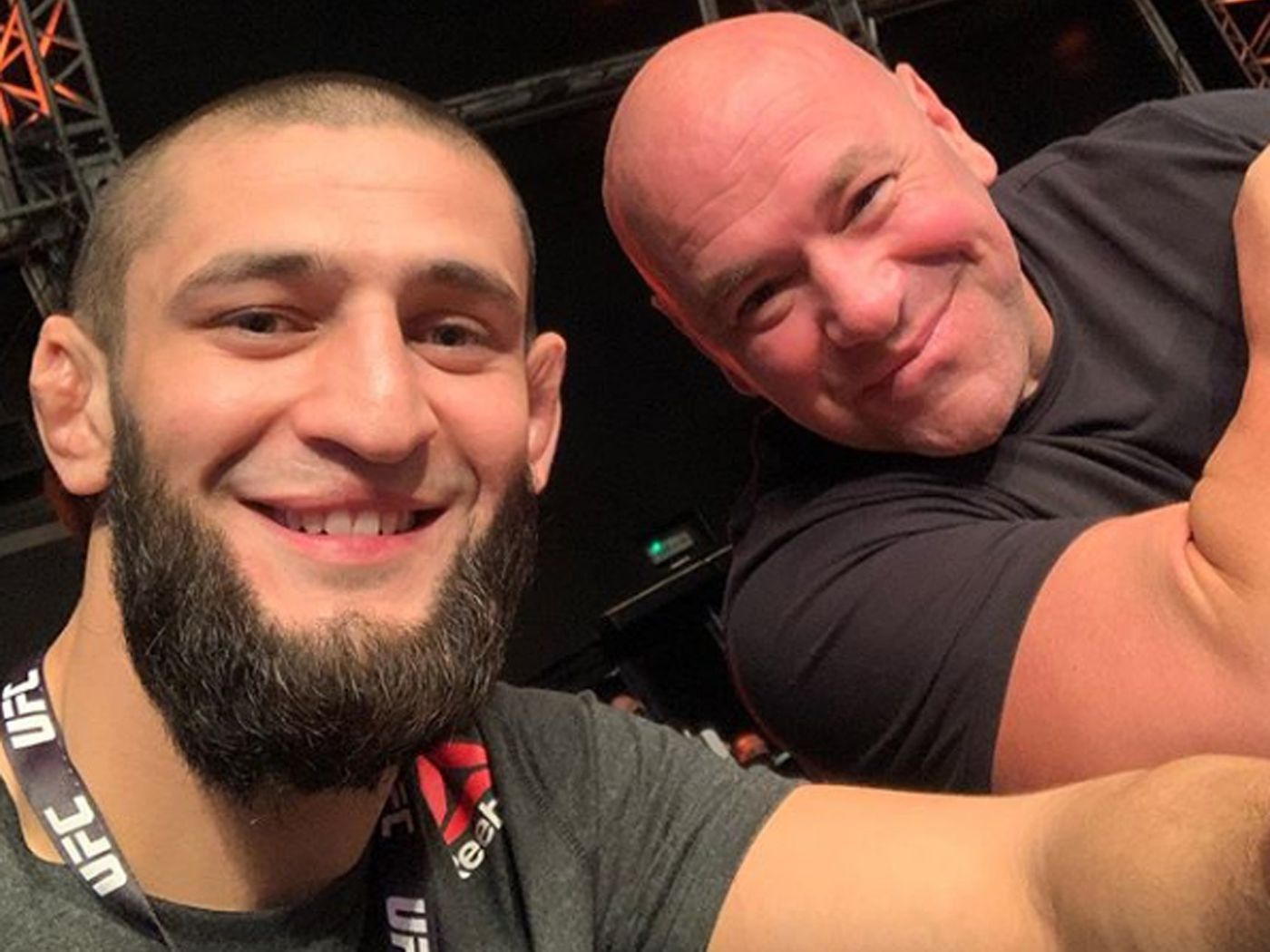 Now in a recent interview UFC president, Dana White talked about Khamzat Chimaev and praised him for his star power and fan following.

“Yeah, it’s interesting to see, because he burst onto the scene and became a huge fan favorite. Even yesterday, in 20 minutes, his staredown with Li did one million views. People love this guy. It’s going to be interesting to see how he bounces back after such a bad run from COVID-19,” White said. 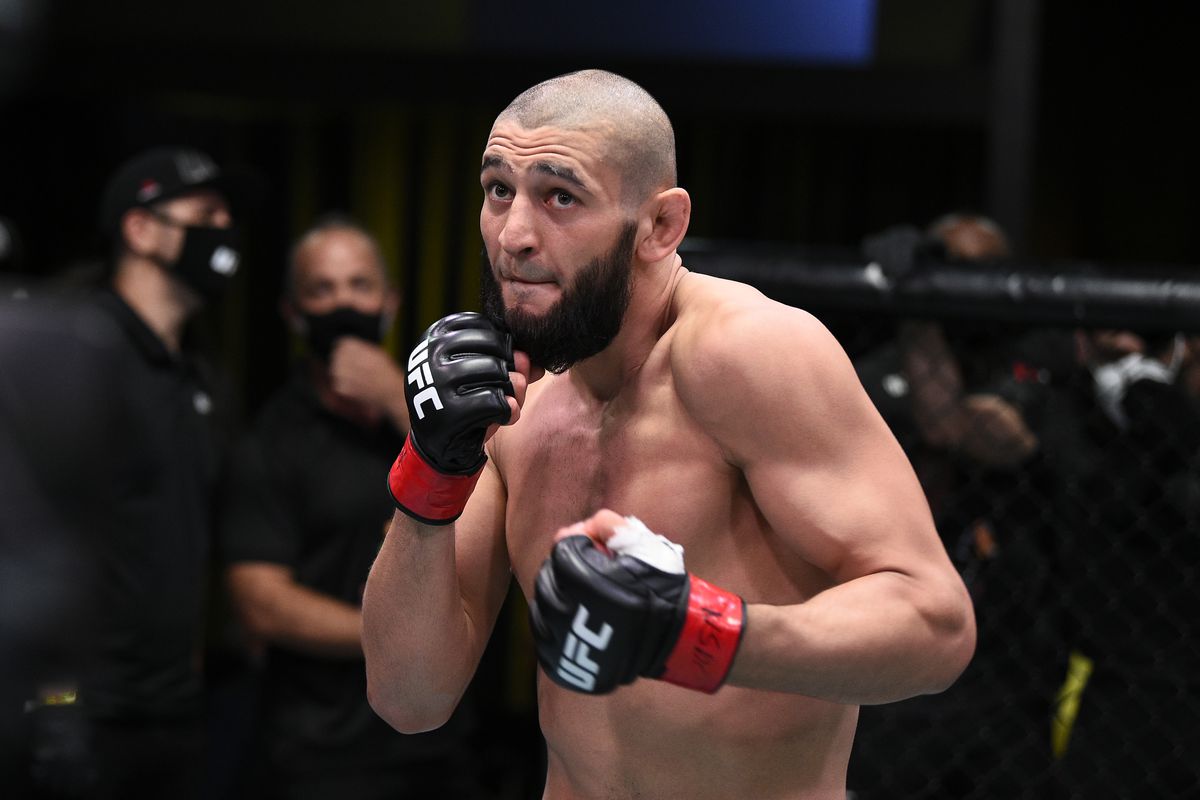 Khamzat Chimaev became a star during the Covid times when he fought back to back in a matter of 10 days against the likes of John Phillips and Rhys McKee and brutally defeated them. He then took on Gerald Meerschaert and knocked him out in just 17-seconds at UFC Fight Night 178 last September.

Khamzat Chimaev talks about Darren Till 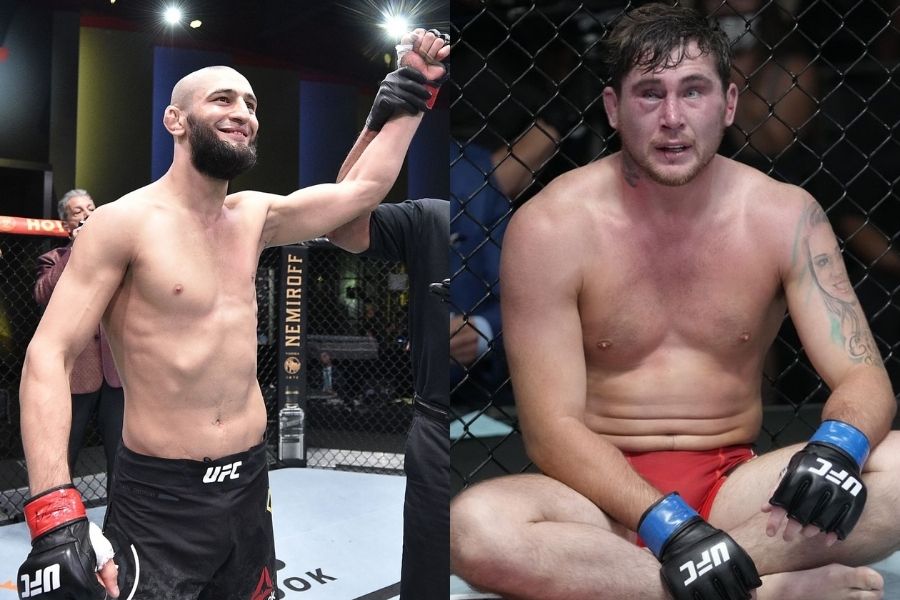 In one of his Instagram live sessions, Khamzat talked about fighting Darren Till in the future.

“Say it to me where you want, I will fight brother. We’ll fight. Bullsh*t guys talk too much but we’ll have to show real fight, brother” Chimaev said.

“Cage going to show it, brother. If you want to fight with me always welcome, but I think I can smash you easy, brother,” Chimaev said.

“You think you can smash me easy?” Till said.

“You’re too slow, too slow,” Till joked.

Now during the UFC 267 media day, Khamzat Chimaev said that he would love to train Darren Till.

“No, but if he wants to come to Stockholm, he’s welcome,” Chimaev added when asked if he had any advice for Till. “I told him, I can help you with your wrestling or something. And we can spar, we can train.”