Dana White reveals that he has a meeting arranged with CM Punk at UFC 218: 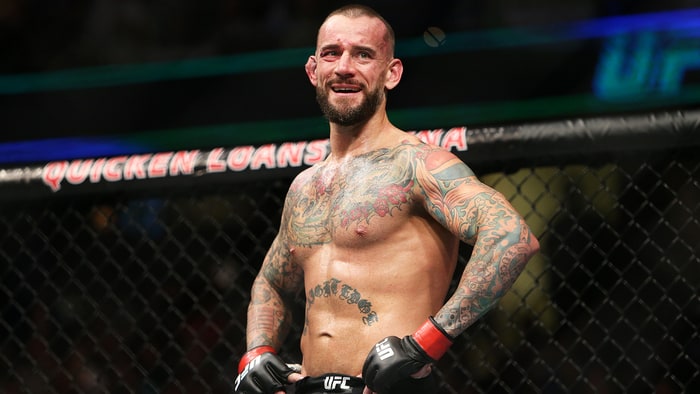 Former WWE Champion CM Punk has helped the UFC attract a lot of pro-wrestling fans into watching the UFC events after his debut fight at UFC 203 against Mickey Gall. Despite losing, he won a lot of respect from fans and pundits for stepping up to fight his debut match inside the Octagon.

Phil Brooks has definitely helped the UFC to win WWE fans and as a result many might have begun to watch UFC. Good news for the fans is that UFC President Dana White has revealed that Punk will meet him during UFC 218 at Detroit, Michigan on December 2nd.

“CM Punk is coming to Detroit and wants to talk to me,” White said at Tuesday’s media scrum. “I love the guy. We’ll see what he’s doing.”

It appears as though Punk is not done fighting and seems to be looking forward to sing up for another fight in 2018. If this is the case, it can be difficult for the UFC to sell his fight after what happened last time he stepped inside the Octagon.

Punk had fought rising star Mickey Gall at UFC 203 only to be beaten and choked out in the very first round. The former wrestler went straight at Gall when the match started only to be taken down immediately. Punk stated after the match that he is not giving up and he will come back.

Many criticized him of receiving a UFC contract as he had no prior experience. But his wrestling background earned him a license to fight and his popularity earned him a UFC contract. Punk had also stated that his UFC debut would also be seen from a business perspective.

Punk has been training with renowned former kick boxer Duke Roufus who trains fellow UFC stars Anthony Pettis, Sergio Pettis and Tyron Woodley. He also trains jujitsu with Rener  Gracie and has been rolling on the mat since his WWE days.