Dana White reveals who could be Conor McGregor’s next opponent 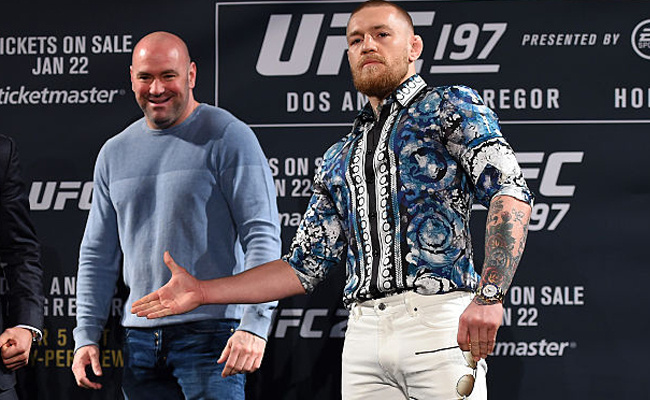 Irish superstar Conor McGregor is coming off of a fourth-round submission loss against Khabib Nurmagomedov on UFC 229 at the T-Mobile Arena in Las Vegas. Conor was coming off of a two-year layoff and right now he doesn’t have any fights lined up.

Although he is calling for a rematch against Khabib Nurmagomedov, he said that he is willing to fight his way back to the title shot. It even looks like Khabib is not interested in a rematch against the Irishmen as he is talking about fighting Floyd Mayweather in a boxing match. 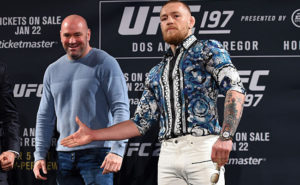 However. UFC president Dana White has something else in mind for Conor McGregor and the lightweight division. White said on TUF 28 Finale post-fight show that he plans on making McGregor vs Poirier next and the winner of that could fight the winner of Khabib vs Tony for the UFC Lightweight title. He also totally shut down previous rumours of McGregor fighting ‘Cowboy’ Cerrone.

“The ‘Cowboy’ Cerrone fight has never, ever been discussed,” White said. “That’s completely not true. I said the fight that makes sense right now is probably Poirier. And then Tony gets a shot at the title and the two winners fight each other. But I’m not sure exactly on a date when Conor is gonna fight yet. We have to get through this Nevada State Athletic Commission stuff first.”

The biggest hurdle in making the fight is that both McGregor and Nurmagomedov are suspended temporarily by Nevada State Athletic Commission and are scheduled to appear before the court on 10th December for the disciplinary hearing.

Meanwhile, Conor McGregor had knocked out Dustin Poirier in the first round at UFC 173 that took place back in 2014. That fight took place in the featherweight division. Both fighters 155-pounder and Poirier was supposed to fight Nate Diaz at UFC 230 but had to pull out due to an injury.