Dana White rues ‘bad stoppage’ in the Askren vs Lawler fight, wants to see the rematch 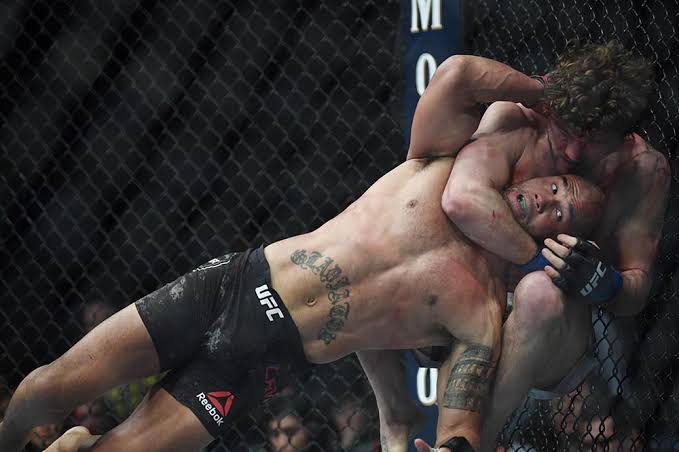 This past Saturday, former Bellator and ONE Championship welterweight king made his UFC debut. In a fight that will officially go down in the books as a submission victory for the debutant, there will be a lot that the books will fail to tell.

At the start of the fight, Askren went for the takedown on Lawler. However, the latter went full WWE on Askren, slamming him on the floor. Following this, Askren took some of the very best shots of Lawler and the fight was inches away from intervention by Herb Dean.

Askren was successful in not just surviving but also bringing the fight to Lawler. After securing a bulldog choke on Robbie, his arm went limp for a second, or so it seemed. Refree Herb Dean stopped the fight only to meet a frustrated Lawler who was clearly not happy with the decision.

UFC President Dana White affirmed the idea of the early stoppage and said that he wants to see a rematch between the two.

“I think the ref made a bad decision,” White told TSN’s Aaron Bronsteter post-fight. “That takes nothing away from the fact that he was able to get Robbie Lawler down in that position.

White continued, explaining that he hopes to book a rematch between the two stars.

“We gotta do the rematch on that one,” White said. “It’s only fair.”

“The rematch should be great.”

Dana didn’t seem impressed by the much hyped debut of Ben Askren.

“It’s tough to come into the UFC for your first fight and shine and look great,” White said. “It’s not easy. I don’t care who you are, who you think you are, where you’ve been, or what you’ve done. This is a tough stage to come onto for the first time.”