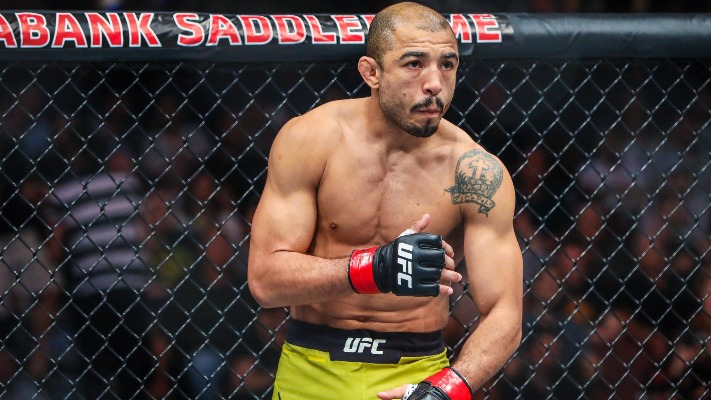 The UFC President Dana White has revealed that the current UFC’s latest champ champ, Henry Cejudo has asked him that he wants to fight the former UFC featherweight champion, Jose Aldo. The Brazilian Aldo moved down in weight and made his bantamweight debut today at UFC 245 against number one contender Marlon Moraes. White told reporters that Cejudo texted him stating that he wants to fight Aldo.

White while addressing various media personnel revealed that Cejudo told him he believes Aldo clearly won the fight and the judges scored it wrong. Thus, Cejudo asked the UFC President to treat Aldo fairly as if he won the fight and to reward the former Brazilian champion with a title shot against Triple C.

White stated that he believes the idea of a potential fight between the two is awesome. He revealed that him and the UFC match makers will meet on Tuesday and decide on which fight to be booked next. Here’s what he had to say:

Cejudo hit me up tonight and he said “Jose Aldo absolutely won that fight and I think you should treat him like he won that fight. I want Jose Aldo.”

I said awesome. What else would I say to that? I am not going to say no. I said awesome. He wants it, that is what he said. Cejudo’s the man right now so we will talk about it. So you know Tuesday we will all get together and have a match making meeting and then decide what happens as a result of tonight.

Aldo really dominated his fight against a scary opponent like Moraes. According to many fans and pundits alike, Aldo won the fight, even plenty of media outlets scored the bout in Aldo’s favour. Even UFC commentators like Joe Rogan and Daniel Cormier felt that while it was a razor close fight, Aldo arguably edged it out.

You can watch the video of White’s interview down below: