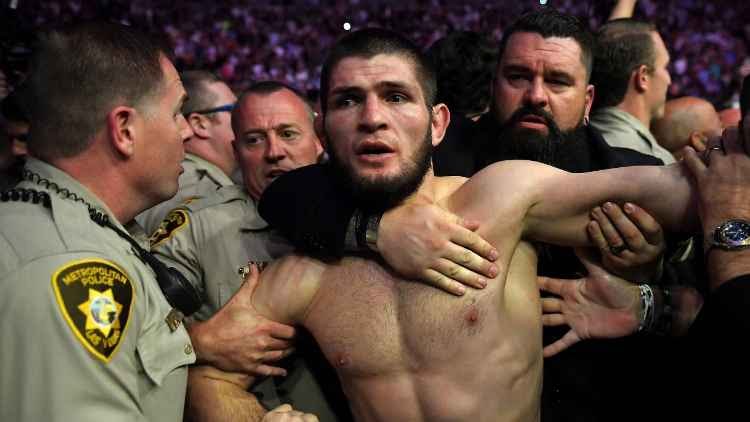 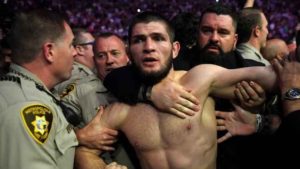 However, according to Dana White, the stunt that Khabib pulled after the fight may draw a lengthy suspension from Nevada State Athletic Commission (NSAC).

“The Nevada State Athletic Commission is going to hand out some sort of fine or suspension and after that, we’ll see,” White said after the fight (transcribed by Forbes). “If he gets suspended, it depends on how long his suspension is and yeah, he’s probably going to get stripped if it’s a long suspension.”

Although, Khabib Nurmagomedov was quick to apologize for his action during the post-fight press conference.

Meanwhile, it’s likely that Khabib’s teammates might be suspended by the UFC as hinted by Dana White.