Dana White says that if Khabib sits out for a long time – the Interim title’s coming! 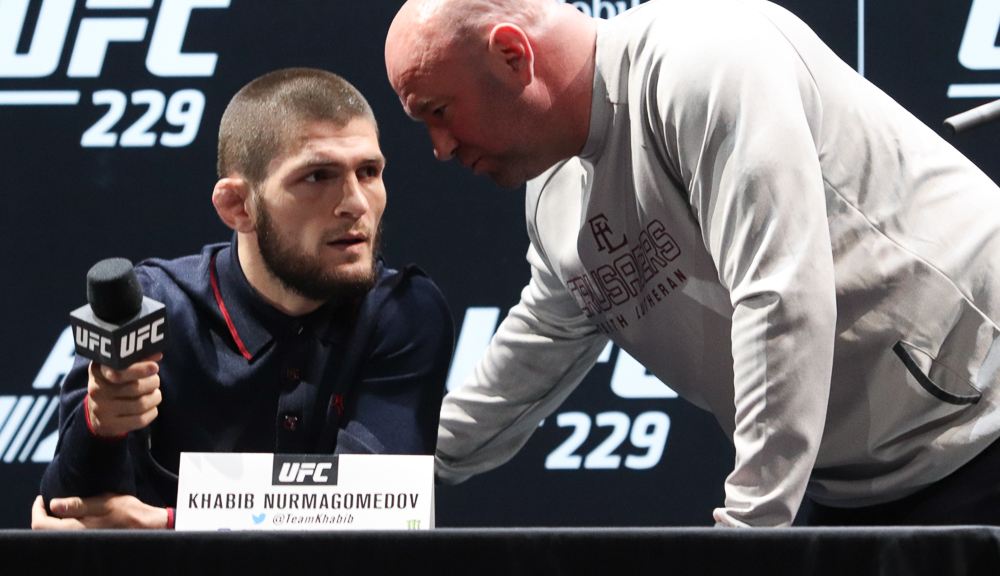 The UFC is some what infamous in its modern era for creating too many interim title fights to sell PPV’s. Thus, reducing the worth of both interim titles and undisputed titles in the process. If the UFC President Dana White is to be believed then we might soon be witnessing another interim title in the promotion. White recently commented on ESPN that if Khabib Nurmagomedov, the UFC lightweight champion sits out for a long period of time then we might see an interim lightweight title fight. 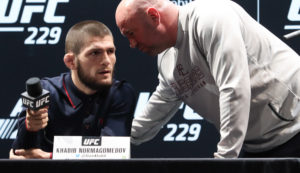 White was recently in conversation with ESPN’s notable MMA and combat sports journalist, Brett Okamoto. Here’s what he told Okamoto about Nurmagomedov’s situation and a potential interim title:

Yeah, probably would (On whether their would be a need for an interim title). Yeah, we’ll see how this thing plays out. I’m not gonna answer because I haven’t heard Khabib say any of that (on rumours that Khabib only wants to fight after November). He hasn’t said that to me. So when I hear these things come back from reporters or fans or whatever. Well, I haven’t heard that so he hasn’t said that to me. We’ll deal with it when we deal with it.

Dana White: Conor vs. Cowboy is the fight to make in the summer

Previous articleDana White: Conor vs. Cowboy is the fight to make in the summer
Next articleUFC: Jon Jones explains the extent of similarity with Adesanya: Similar body types and we’re both black, that’s all