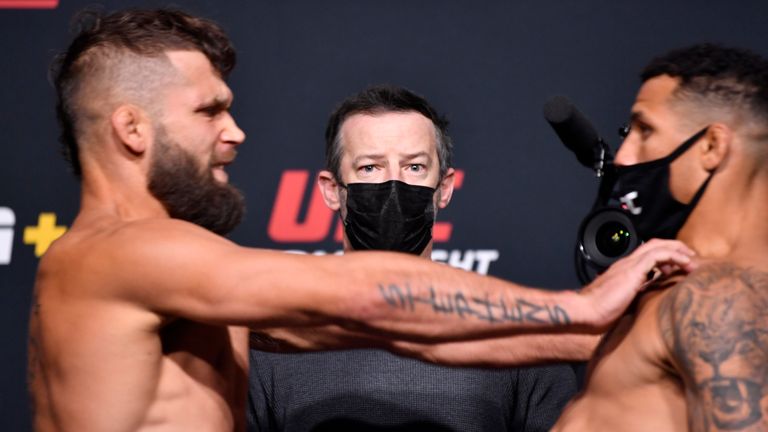 The UFC lost its co-main event last weekend in Jeremy Stephens vs Drakkar Klose. The fight was supposed to be the lightweight debut for Jeremy Stephens.

The fight was cancelled after Jeremy Stephens pushed Drakkar Klose at the weigh-ins, which resulted in Klose suffering from concussion symptoms.

“After I was pushed by Jeremy Stephens at UFC Faceoffs, I immediately felt my hand go numb and neck tighten up. Sean Shelby and the UFC officials sent me to the PI to get worked on by the UFC PT staff for 2 hours. I spent the night eating, rehydrating, stretching and even saw the PT staff later that night.”

“I woke up early this morning with a migrane / headache, nausea and the only thing that made me feel better was laying in the dark. Dana White and the UFC got me medicine and I rested for a couple hours before getting up and vomiting. It was at that point we called the UFC doctor and he made the decision to send me to the hospital. I’m sorry to everyone who was excited for this fight , I tried to do everything I could to stay in this fight, but these issues are out of my control.” 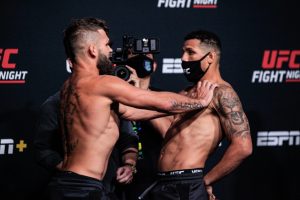 Dana White has criticised UFC matchmaker Sean Shelby for not stopping Jeremy Stephens from pushing Drakkar Klose at the weigh-ins. He said that Sean should have been anticipated that the shove was coming.

Dana White on the incident between Jeremy Stephens and Drakkar Klose at the weigh-in face offs that resulted in Klose getting injured and the co-main event fight getting called off.

“He was coming in hot, and it’s Jeremy Stephens. He’s a savage,” White said Monday in an interview with TSN. “I mean, yeah, we’re not standing there to look good and take pictures. We are there to make sure that doesn’t happen.”

“Sean Shelby missed that one. Sean Shelby, you know, Sean and I see the thing differently,” White said. “I saw it on social media and called him immediately. I was at my daughter’s … I was in Orlando at the ESPN cheerleading competition. I saw the thing happen on social media and I called Sean and was like, ‘Dude, where was your head on that one?’”

What do you guys think about the shove from Stephens? Could Sean Shelby have stopped Stephens from pushing Klose? Let us know in the comment section below.

Previous articleJohn Lineker Takes Aim At Bantamweight King Bibiano Fernandes
Next articleConor McGregor to Justin Gaethje: ‘I’d smoke you and your coach at the same time’