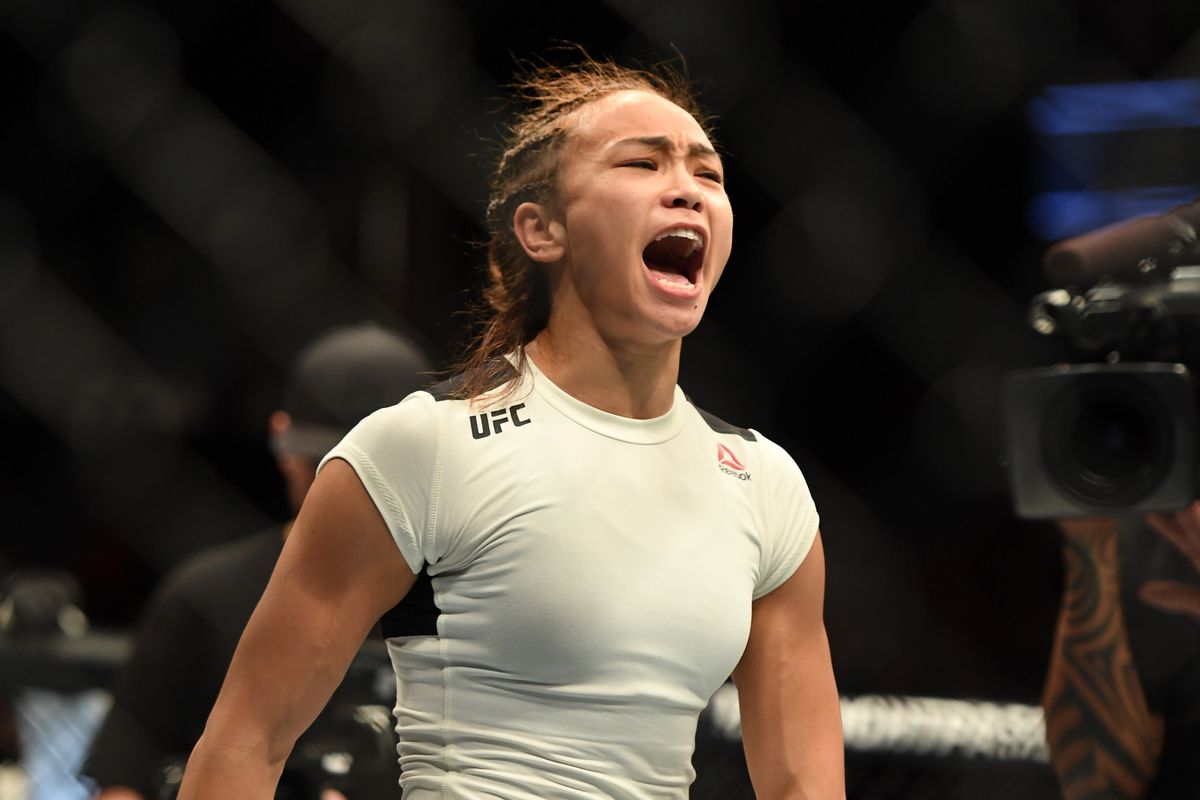 Its been a month since Jessica Andrade viciously slammed then strawweight champion Rose Namajunas at UFC 237 in Rio De Janeiro to become the new UFC strawweight champion. Ever since then fans are wondering who should Andrade defend her title against next.

Now it looks like even UFC president Dana White is undecided on who should Andrade fight next. Even though many fans believed that the winner of Tatiana Suarez vs. Nina Ansaroff should fight for the title, it was widely expected that Tatiana would get another dominant win, but the fight didn’t go as most fans believed and Ansaroff charged late and gave Suarez a run for her money

So anyone can get a title shot next, even though Michelle Waterson seems to be in the good position to fight for the title, she is not Dana White’s first choice.

Waterson heard about White’s comment and took to social media and stated that she wants to fight Andrade next.

Sounds good to me

Give me a chance to be #MOMCHAMP I’ve put in my time! I’ve been fighting for over 12 years professionally. 6 out of my 7 ufc bouts were with top 10 ranked opponents when I fought them, I’ve won my last three fights, I have been a champ before, I know what it takes to go five rounds, I know what it takes to headline a show and I have an army of family, friends, and the best fans in the world who are ready to see me make history! Come on @danawhite @jessicammapro @ufc let’s make it happen!

Do you guys think Michelle Waterson deserves a shot at Jessica Andrade?