Dana White talks about Greg Hardy’s future in the UFC 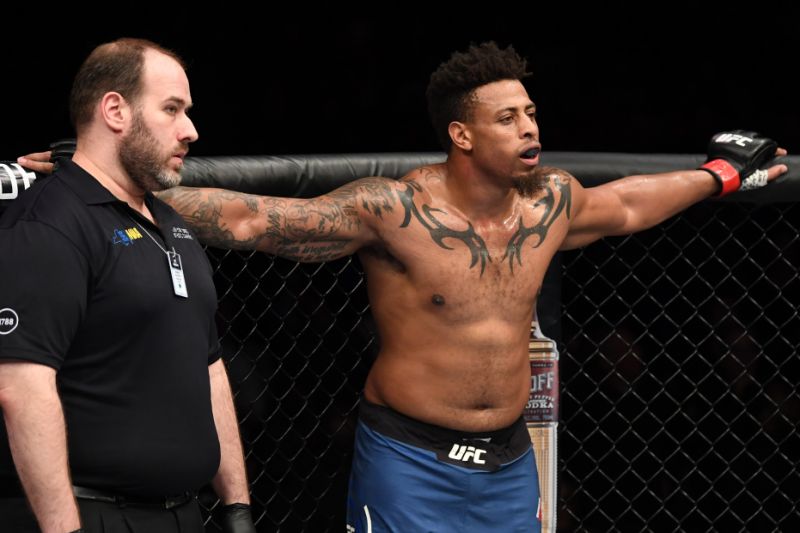 Dana White is not feeling as negatively about Greg Hardy’s future in the UFC as the fans who saw Hardy get disqualified. In the post-fight interview, Dana White said that he had made an important observation during the Hardy-Crowder fight.

White said that he had learned something about Hardy, and that was that he could fight. He had gotten himself out of situations on the mat.

He then went on to say that Greg Hardy would be given another opportunity to fight in the UFC. White, however, did acknowledge, that Hardy’s rookie mistake had cost him his perfect record.

“One thing that I did learn about Hardy tonight, he can fight. He can fight, he’s an athlete, not only can he punch hard, but he can take a big punch. He got hit with some good shots tonight, his ground game, I think everybody thought if he got taken down to the ground that was gonna be the end of him.” – (h/t Bloody Elbow)

Given that Hardy made the mistake, his reputation may be tarnished completely for the fans. The knee to the temple of Crowder may come back to haunt him in the form of boos. But at least, according to White, Hardy is far from done with the UFC.

Previous articleUFC: Watch: Jimmie Rivera feels TJ Dillashaw dropping down to 125 pounds is holding up the division
Next articleWatch: Glover Teixeira calls out “legend” Shogun Rua for his next fight