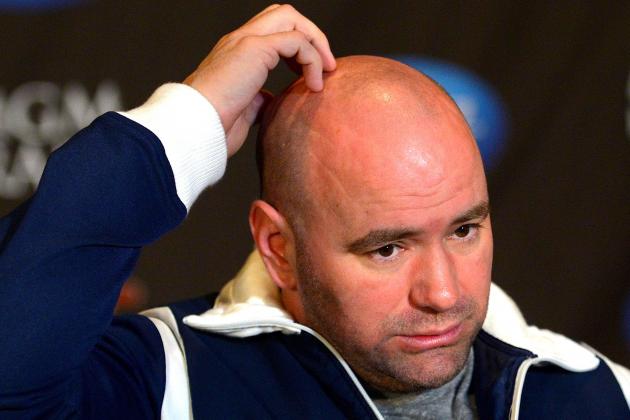 Dana White and the UFC came under a great deal of criticism for their choice of opponent for former NFL Star Greg Hardy at UFC Fort Lauderdale. Dmitrii Smoliakov put on a performance which was an utter shambles for Greg Hardy’s second-ever outing under the UFC banner.

While the fighter was hardly able to land any offence, he even ran away from Hardy at points. It was almost like he had no desire to be sharing the cage with the UFC prospect. The UFC was criticised for giving Greg Hardy such an easy opponent in his fight, but it appears that Dana White shares the disdain of the MMA world for Dmitrii Smoliakov.

He said that he had no clue how Smoliakov had nine wins to his name.

“You guys know, I’ve been doing this for 20 years, We’ve don’t do setup fights for anybody. And if I was a fan, and probably some of the media, the way some of the media acts, I don’t know who the (expletive) that guy beat in nine fights, but I’d like to see the nine guys he beat.”

He defended Greg Hardy from the criticism, however, saying the fighter had done nothing wrong.

“Hardy came in in great shape. Hardy doesn’t make fights; me and my guys do. Hardy came in in better shape, and he did what he had to do. He treated that guy who he’s supposed to.”

While Smoliakov’s record might be 9-2, a large portion of the MMA faithful will share White’s view of the fact that he had won a single fight to be incredible.

Previous articleOfficial: UFC 242 will be in Abu Dhabi!
Next articleKhabib Nurmagomedov expected to headline UFC 242 at Abu Dhabi