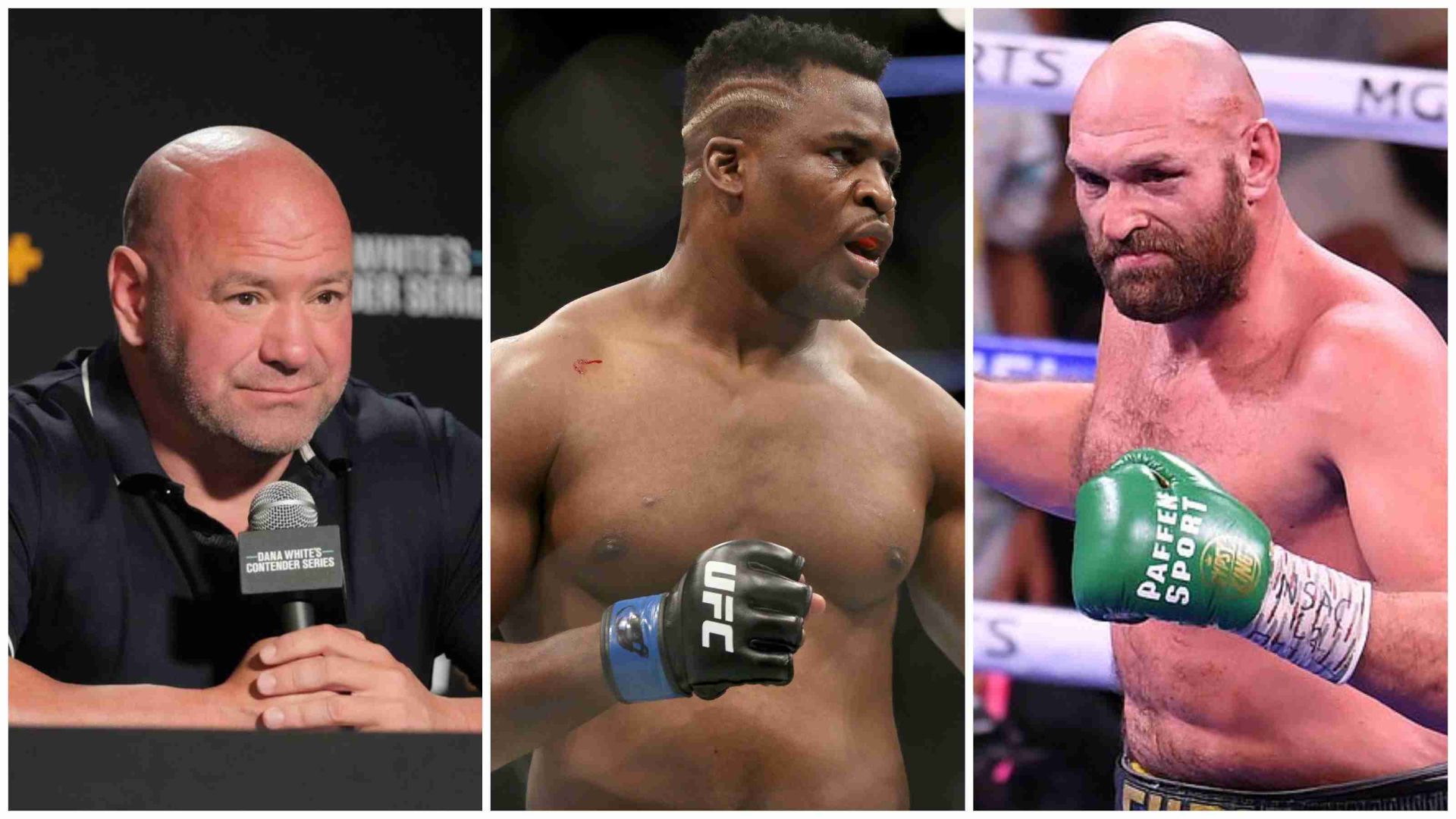 A boxing match between Francis Ngannou and Tyson Fury- the two reigning heavyweight world champions in MMA and boxing respectively, has become one of the most anticipated fights within the combat sports scene. Both Ngannou and Fury have already expressed their willingness for the bout, but UFC president Dana White believes it will not be a good idea for Ngannou if he chooses to don the sparring gloves against Fury.

“Who would like to see me fight this beast boxing rules @ufc gloves? @danawhite @francis_ngannou,” Fury had tweeted back in January.

Ngannou, the UFC heavyweight champion who has been hinting at a future move to boxing, had responded that he would opt for a fight in the cage, but with boxing gloves. “How about MMA rules with boxing gloves? I can do you that favor” the Cameroonian had replied.

Fury, who is set to defend his WBC title against interim champion Dillian Whyte on 23rd April, recently spoke on retirement following the fight but also said that he is willing to face Ngannou next year. Even though “The Gypsy King” doesn’t see it as a proper boxing match, he added that the fight will be ‘special’.

“I don’t count that as a real boxing fight,” Fury spoke on The MMA Hour, “That’s not a boxing fight. That’s gonna be a special fight. That will be in a cage in four-ounce gloves, in Las Vegas, at the Raiders Stadium.”

In the meantime, Dana White had already said that he wasn’t ‘surprised’ at the talks of a potential Fury vs Ngannou boxing match, and recently told Barstool Sports that it would be a bad idea for Ngannou to box Fury.

Even though the interviewer cited that Ngannou possesses a destructive one punch power, White added that Deontay Wilder did the same but was dominated by Fury twice during their trilogy, “So did Deontay Wilder, he had that one-punch power, too.” [H/T BJPenn.com]

Do you agree with Dana White? Let us know in the comments.

Previous article
Dana White says BMF title will be on the line at UFC 272
Next article
UFC 272: Covington vs Masvidal Odds and Prediction