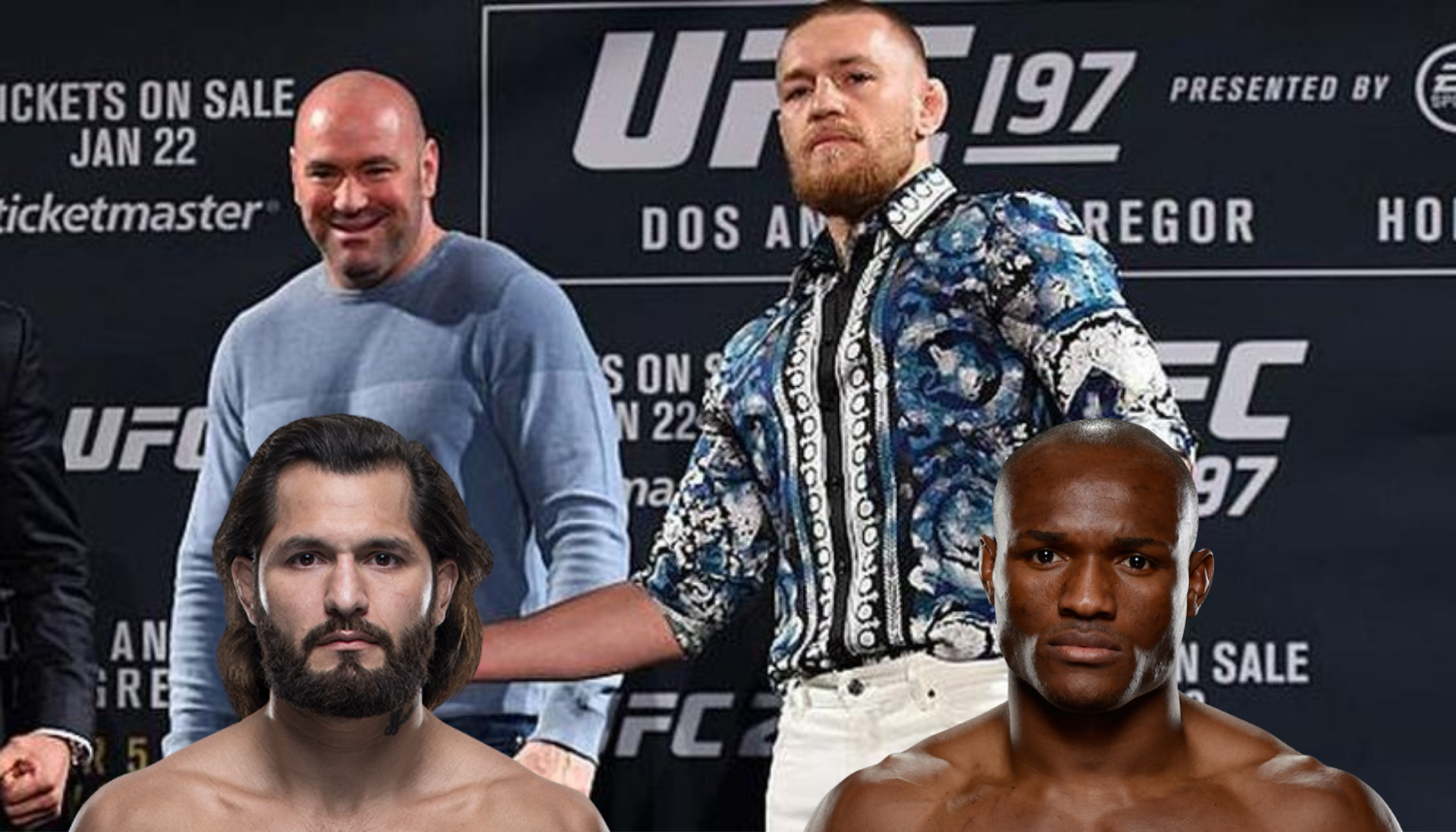 Conor McGregor is arguable one of the most influential fighters to have ever been inside the Octagon. It wouldn’t be wrong to say that he has a role to play in where the UFC has come today. Dana White, in a recent address to the press, revealed that UFC 251, headlined by Kumaru Usman and Jorge Masvidal is trending more than a McGregor fight! While McGregor hardly remains relevant after he announced retirement, the UFC still stands strong and is doing better than ever. It manages to stay at the top of the league by keeping the fans excited with the fights.

With UFC 229  being at the top of the chart with approximately 2.4 million Pay-per-view buys, it will be interesting to see if UFC 251 can beat that.

Jorge Masvidal was quick to take credit for the hype when he said it was because he was on the card. “You know why? Cuz I’m on the motherf***king card, that’s why!”, said Masvidal when asked how he feels about this.

Sure Masvidal has a lot to do with the hype. But the hype could also be attributed to the stacked card or the fact that UFC is practically the only sport that’s broadcasting!

We don’t know about the UFC, but Masvidal’s stock sure did go up after signing the fight. He has been on the rise after he shocked the world with the flying knee on Ben Askren. After many failed negotiations with the UFC, the fight finally happens after Gilbert Burn gets out after being tested positive for Covid-19. Masvidal’s purse has not been revealed yet, but he admits to be happy with it.

After the video of Mike Perry’s recent altercation at a bar went viral, the UFC has faced a lock of flak for not keeping its fighters in check. This does not come as a surprise after seeing how Mike interacted with the media after his last fight.

When asked about Dana White’s comments on the incident, he said “I saw this coming, in the last several months …” he obviously needs some help”.

The UFC put out a statement condoning the act and said that Perry won’t be offered fights until he seeks counselling. Very rarely do we see the UFC and Dana White taking such drastic steps against its fighters on things that happen outside the ring? However, Dana White said they’ve done this before, but just didn’t publicize it.

Do you guys think Dana White is telling the truth?