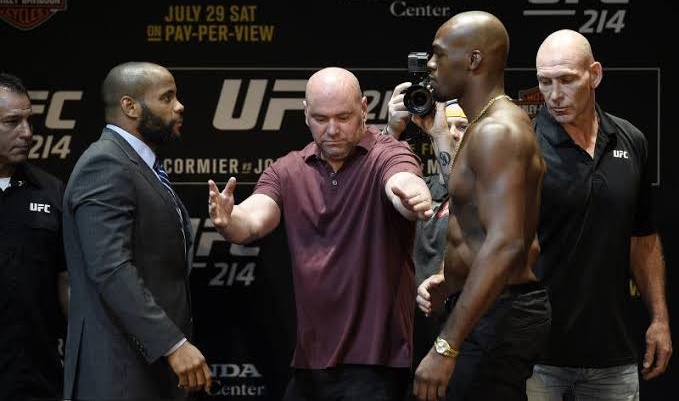 UFC ‘champ-champ’ Daniel Cormier is enjoying life after his second round submission win over Derrick Lewis at UFC 230. And according to Daniel Cormier, he is all set to retire by March and wants Brock Lesnar in his farewell fight.

But according to UFC President Dana White, Daniel Cormier has three fights left in him. On being asked, when will Cormier’s last fight happen, Dana White told TMZ Sports, “I don’t know, We don’t know that either yet. I think Cormier’s got a couple left in him.“

And as per Dana White, he wants to see Daniel Cormier to fight Jon Jones at heavyweight.

Daniel Cormier and Jon Jones share one of the biggest rivalries in UFC history and both never miss a chance to take shot on each other. With Jon Jones making his return to the Octagon next month, let’s hope in future they both get a chance to meet for the third time in the Octagon, as this fight is what the fans want to see.