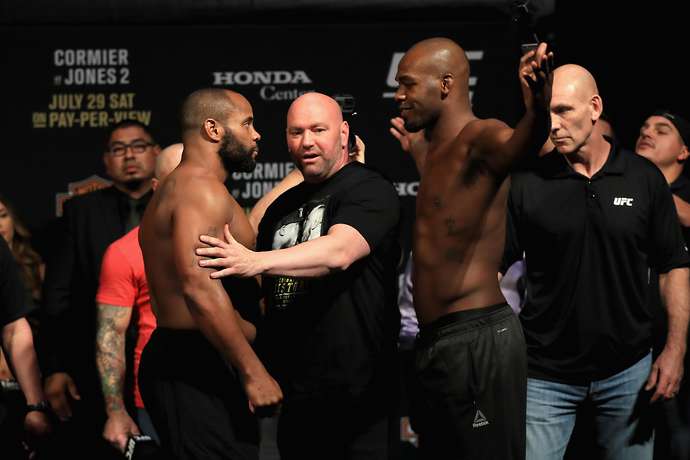 Daniel Cormier vs Jon Jones rematch has been talked about for some time now.

During a sit-down interview with Laura Sanko, Dana White discussed the possibility of another Cormier and Jones face off. He said,

However, Cormier has hinted on retirement not too long ago. In the month of June, Cormier said the following :

“You know I always said that I was going to fight until I turned 40, which would have been March at a card March 2nd, but I couldn’t make that one,” ‘DC’ told TMZ when asked if UFC 241 will be the last time we see him fight.

“If I hold true to what I was saying then this would be the final one.

“I don’t anticipate fighting much past this. I just want to go out there and do my thing.”

In the month of May, Jons said that DC would never come back to light heavyweight :

“He’s definitely never coming back to light heavyweight,” Jones said. “He says it, but there’s no way he’s coming back to light heavyweight. To commit your life to lose that type of weight and to come up short again would be so devastating. It would take an incredible amount of courage to attempt it, and to come up short would just be so devastating. I doubt he’d put himself through that for a third time.”

Previous articleTwitter reacts to Colby Covington’s dominant win over Robbie Lawler
Next articleWatch: Mickey Gall happy to bare his ‘growing pains’ for the world to see