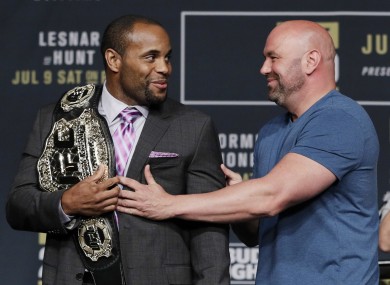 The current UFC heavyweight champion Daniel Cormier had previously given a timeline that he will retire after his 40th birthday, i.e. by 20th March, 2019. According to this timeline, DC can only fight once more, if hearsay is to be believed then DC wants a big money fight against former UFC heavyweight champion and the current WWE Universal champion, Brock Lesnar. Even White had previously announced last summer that the winner of the super-fight between then champion Stipe Miocic and Cormier will later go on to face Lesnar. However, White has now stated that he wants DC to fight at least three more times before retiring and has refused to believe that Cormier has a set timeline for his retirement.

It should be noted that Lesnar will most likely be involved with WWE on a consistent basis till Wrestlemania 35 in early April because he still holds the WWE Universal belt. Thus, after a full training camp, he might only be able to fight in or after August of 2019. 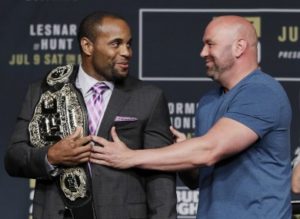 White in a recent interview made it clear that he wants DC to fight Lesnar, and have rematches with both Miocic as well as with DC’s eternal rival and the current UFC light heavyweight champion, Jon Jones. Here’s what he had to say:

I don’t think he has a timeline (for retirement), ‘DC’ is hurt. He was talking about retirement. You know me, I’m the first guy to say when someone needs to retire. That guy doesn’t need to retire, he’s the man. I think he’s probably got three fights left in him.

Watch: Did Robert Whittaker reveal his tactics against Kelvin Gastelum in the open workouts?