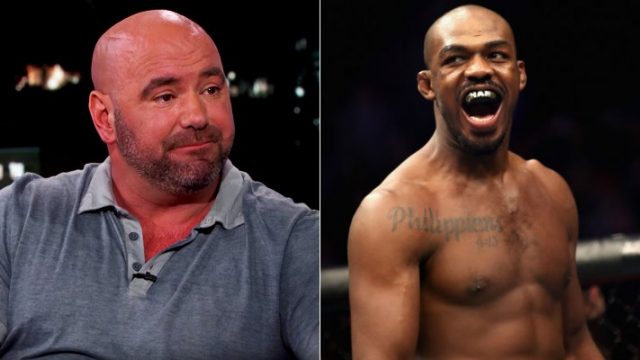 Jon Jones may be regarded as one of the greatest fighters to ever step into the cage. However, he can’t really call himself undefeated.

According to MMA Sucka’s Oma Villa, UFC President Dana White appeared on ESPN Los Angeles and noted that he’s working with the Nevada State Athletic Commission (NSAC) in an attempt to overturn Jones’ 2009 disqualification loss to Matt Hamill. Jones faced Hamill back in 2009 at “The Ultimate Fighter: Heavyweights” finale. “Bones” nailed Hamill with some illegal 12-6 elbows, which stopped the fight and handed Jones the disqualification loss. The illegal 12-6 elbow rule is widely criticized by fans, but remains a rule nonetheless.

If White is successful, it doesn’t mean Jon Jones would suddenly have a win over Matt Hamill on his record, but that the fight will appear on both fighter’s records as a no-contest. This would be the second no-contest on Jones’ record, as he also had a 2017 knockout win over Daniel Cormier overturned when he failed a drug test.

“I’m in agreement with this 100%,” Joe Rogan wrote on his official Twitter account. “The 12-6 elbow rule is one of the dumbest rules in combat sports. At the very least that fight should be a no contest. He was completely dominant.”