Dana White’s reaction to the UFC 229 presser: “It was dark man!” 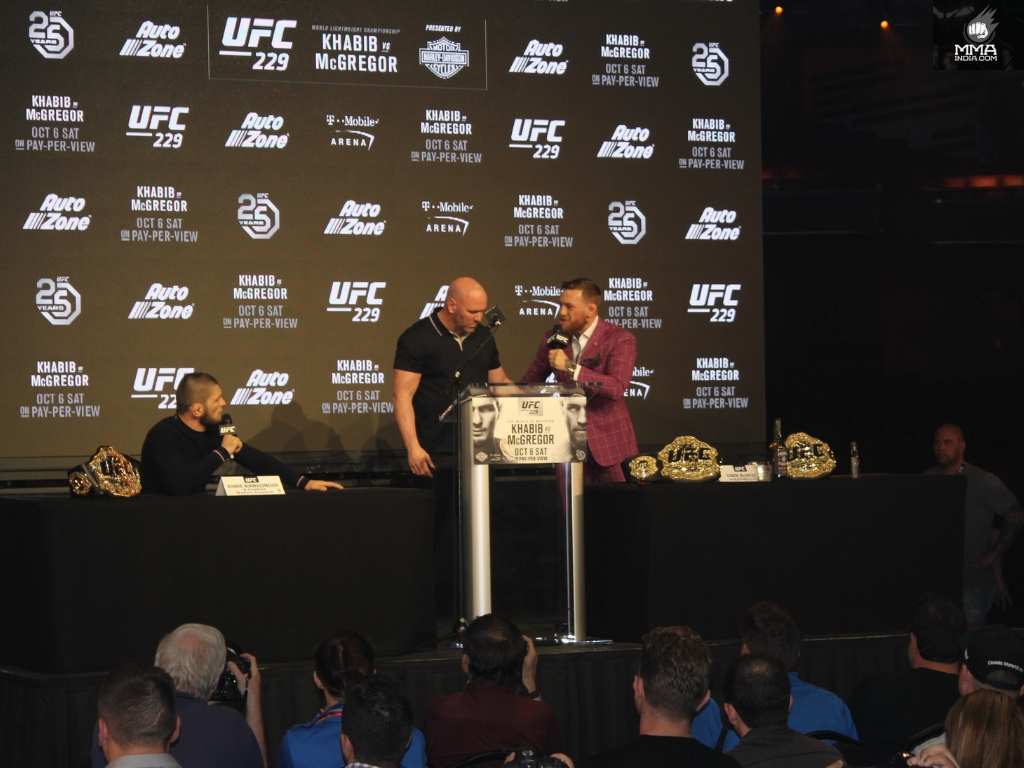 It goes without saying that the press conference for UFC 229 which featured Khabib Nurmagomedov and Conor McGregor was wild. Conor launched a series of verbal assault against Khabib, his father, Ramzan Kadyrov, who is the head of the Chechen Republic and later towards the end at Ali Abdelaziz who is Khabib’s manager.

Conor McGregor yelled at Ali, calling him a terrorist snitch.

But what was on display at Radio City Music Hall on Friday wee hours of the morning(IST) left even Dana White a little shocked. The UFC president declared it the “darkest press conference” he’d seen in his 17 years fronting the promotion.

“It was dark, man,” White told reporters, during a post-press conference scrum. “It was the darkest press conference I’ve ever been a part of. But Conor McGregor is the master of mental warfare. I’ve said it before, and I’ll say it again: He’s better than anybody. Even (Muhammad) Ali. You don’t want to say anybody’s better than Ali, but I think when it comes to the mental war game in this sport, or any other sport, Conor McGregor is the best ever.”

UFC 229 takes place at the T-Mobile Arena in Las Vegas, Nevada on October 7 and to be aired live and exclusively on Sony ESPN.